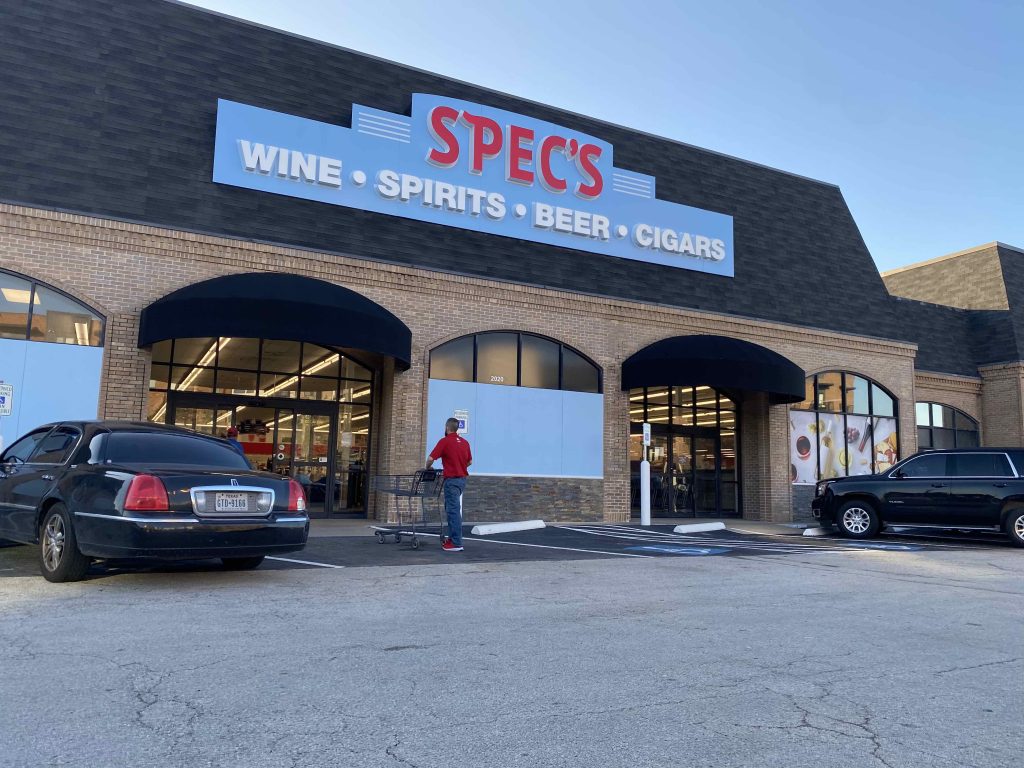 Cheers, and welcome back to Houston Historic Retail! Today we’re taking an inside look at the Spec’s in the former Rice Epicurean at 2020 Fountain View. For those who follow the blog, you know this is a store I have been excited to see. I have fond memories of Rice and a close tie to the company, so I was excited to hear that Spec’s would take over this location. While not precisely a grocer, I knew that Spec’s would not change much about the space’s physical layout. As well, right around the time Rice closed, rumors began to swirl that Spec’s was planning something special for this store. While unknown at the time, it would quickly become evident that more than just the shape of the store was sticking around. Longtime sublettor See’s Candies, along with a few more Rice mainstays, reopened under Spec’s. As well, a limited version of the bakery still operates, and the deli sits mostly untouched, including some of the equipment. In addition to the somewhat unusual department, this store carries a broader grocery selection than any other Spec’s I’ve seen, with the exception of their flagship location. Their flagship store is the only deli location in Houston (Austin and DFW both have 2 stores with a deli). Houston previously had a second Spec’s deli located at 3902 Bissonnet St store. However, they closed this concept by opting to expand their beverage selection around 2015. The untouched deli may pose a possibility for future expansion, but we’ll have to wait and see how that turns out.

Spec’s is known for leaving things behind from grocery stores but doesn’t tend to up the entire space. However, Spec’s fits neatly into this ex-Safeway. In addition to their extensive grocery selection, the beverage and cigar selection is above the norm compared to most Spec’s I’ve visited. The Epicurean Cooking School still stands, dolled up in Red and White. While public plans have not been announced, it does seem like they may plan on using this space. However, if that doesn’t pan out, maybe it can be repurposed as the sales floor space it originally was. This could, of course, increase the possibility of the deli popping up (can you tell I really do enjoy Spec’s deli?) Spec’s if you’re reading this, Houston, your hometown deserves a second Flagship location, and I think this could be it. You’ve made it look exceptional. Now follow through! If you’re on the fence about checking out this Spec’s, I’d highly recommend it; even a non-drinker like myself found some fun soda and snacks to buy.