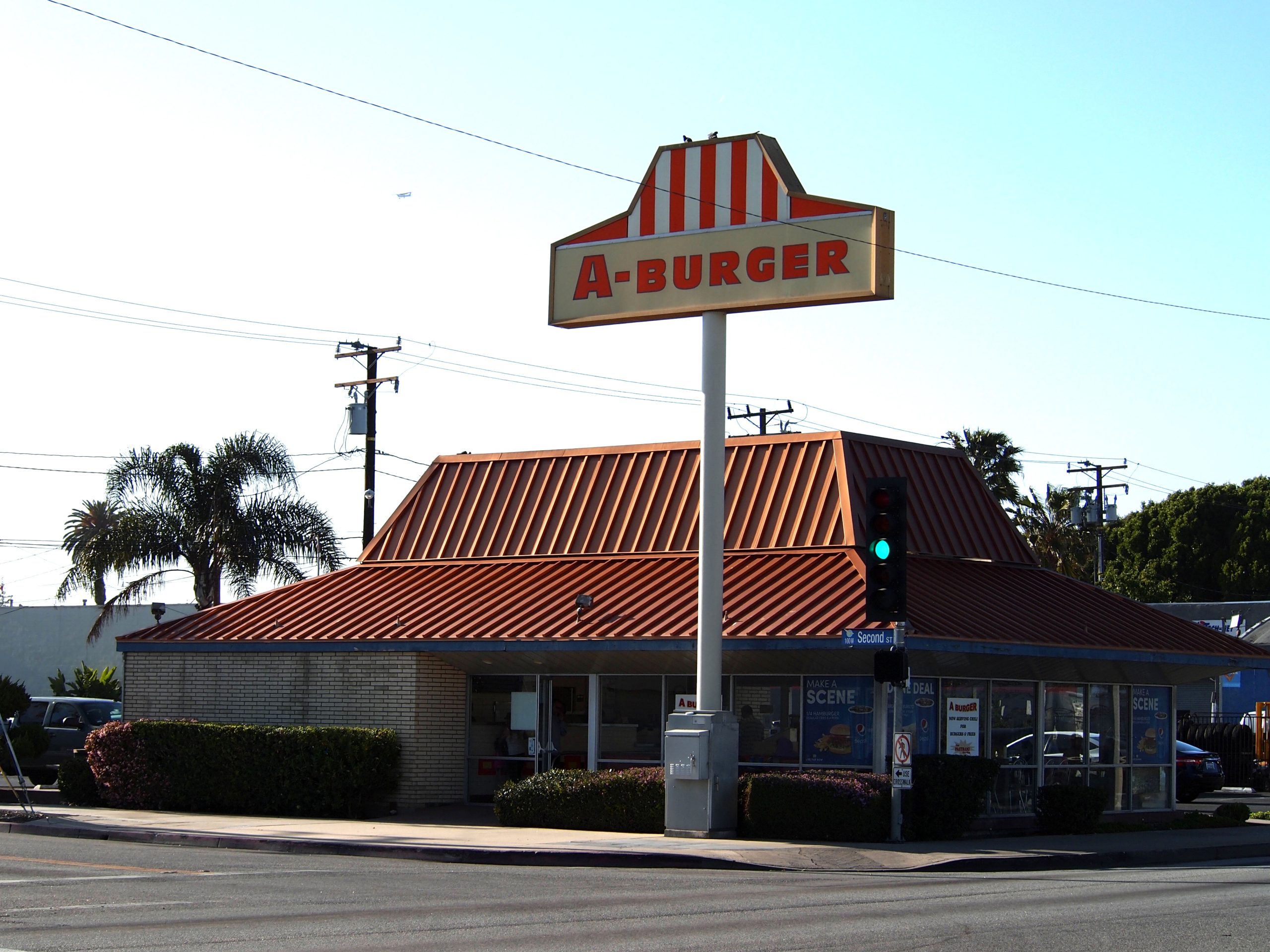 Howdy folks! I’m sure you’re wondering why you’ve found yourself on a website with a giant Safeway logo on the top. Well to keep it short and sweet, this is a website about retail in Houston, Texas. I’ve recently seen a spike in traffic from people searching along the lines of “Whataburger in California”. I hate to be the bearer of bad news, but,

There is currently NO Whataburger presence in California.

This page is about the presence the company had from the mid 1970s until the late 80s. If this interests you read on, if not A-Burger in Oxnard is supposed to be similar. Tell them a guy from Houston sent you maybe they’ll mail me a free burger!

All of the locations seem to have been franchised by Western World Foods Inc, who was for a time the largest Whataburger franchisee. Unlike the company owned locations, the California ones did not sport the distinctive A-Frames. The first locations resembled other Western World Whataburgers in Arizona, and Colorado. Later locations would use an updated corporate design also used in the Texas market to help incorporate drive-thrus.  The company was able to open 8 outlets in California before making their decision to exit the market in 1987. It’s not completely clear why the locations were closed. The fact that the exit came approximately 15 years after the initial entry into California leads me to believe that when franchise rights expired they were not renewed.