While out taking pictures for an upcoming blog post, I passed the Casa Ole on Murphy Road and saw only a single car in the parking lot. I thought that maybe it was just an extremely slow day, and gave them a call to see if they were open. I didn’t get an answer, so I decided to turn back around and snap some photos. 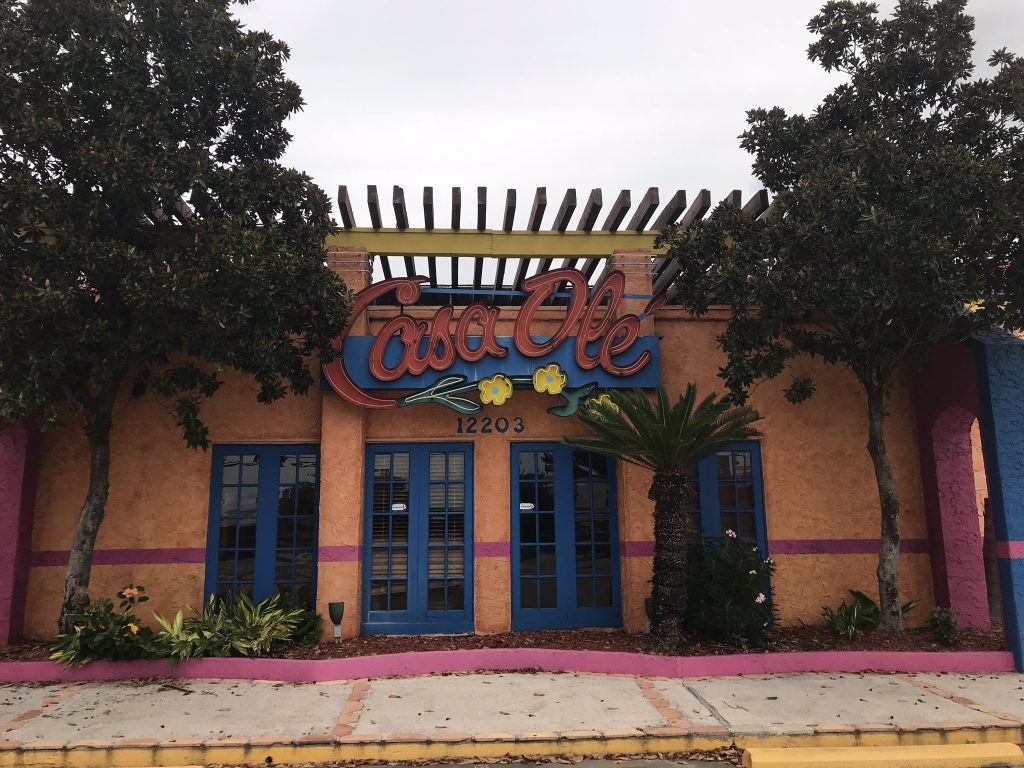 The neon sign is now turned off, the sky wasn’t very overcast but had tall clouds which blocked out the sun and muted the colors of the building. The address of this location was 12203 Murphy Rd, Stafford, TX 77477 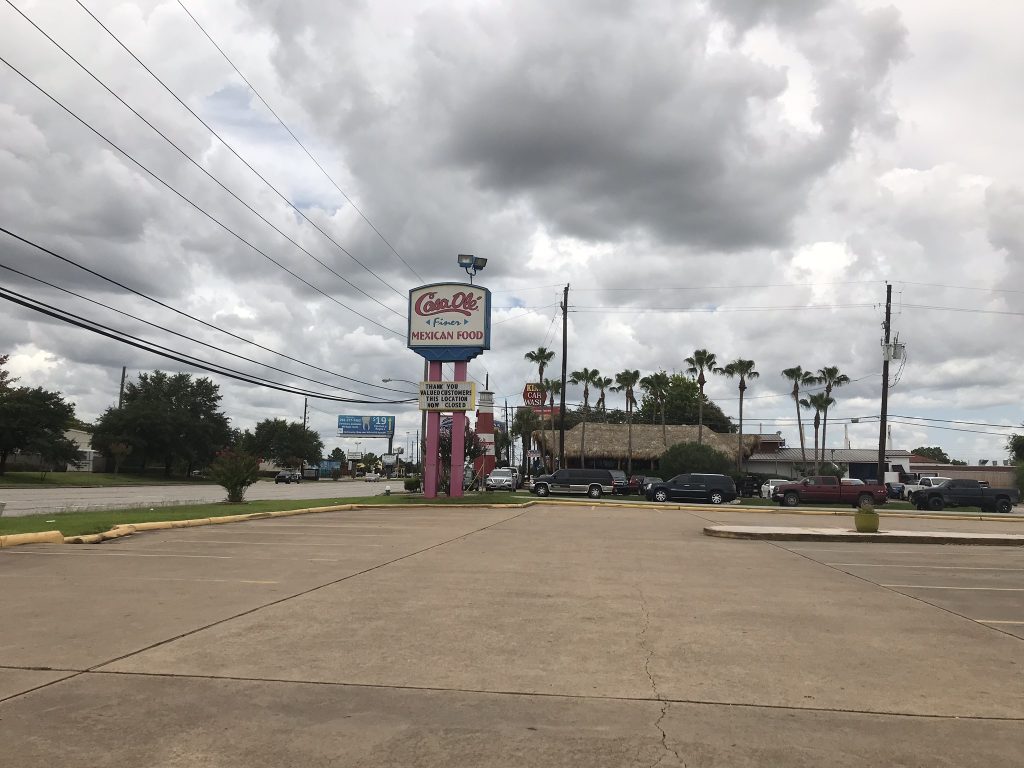 The sign facing Murphy Road gives notice of the closing, however the thick bundle of cable and telephone wiring block the view of the sign to Northbound motorists. 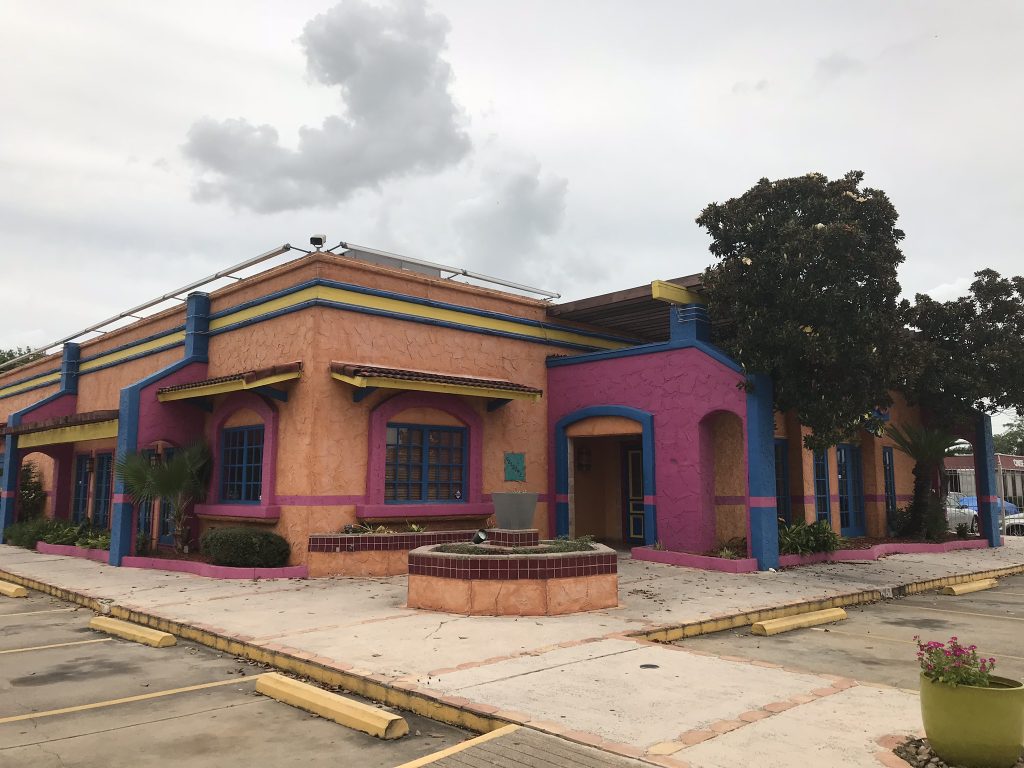 Moving back from the sign to face the corner of the building, you can see the fountain was removed at some point. I’m not sure when the last time I stopped at this location was, but the fountain was still there. Up at the front door, signs have been taped to the door which was written by the founder of Casa Ole, Larry Forehand. It also includes a map of other locations in the Houston area. I believe this was the To-Go entrance at one point. However, it didn’t have any signs indicating what it was. 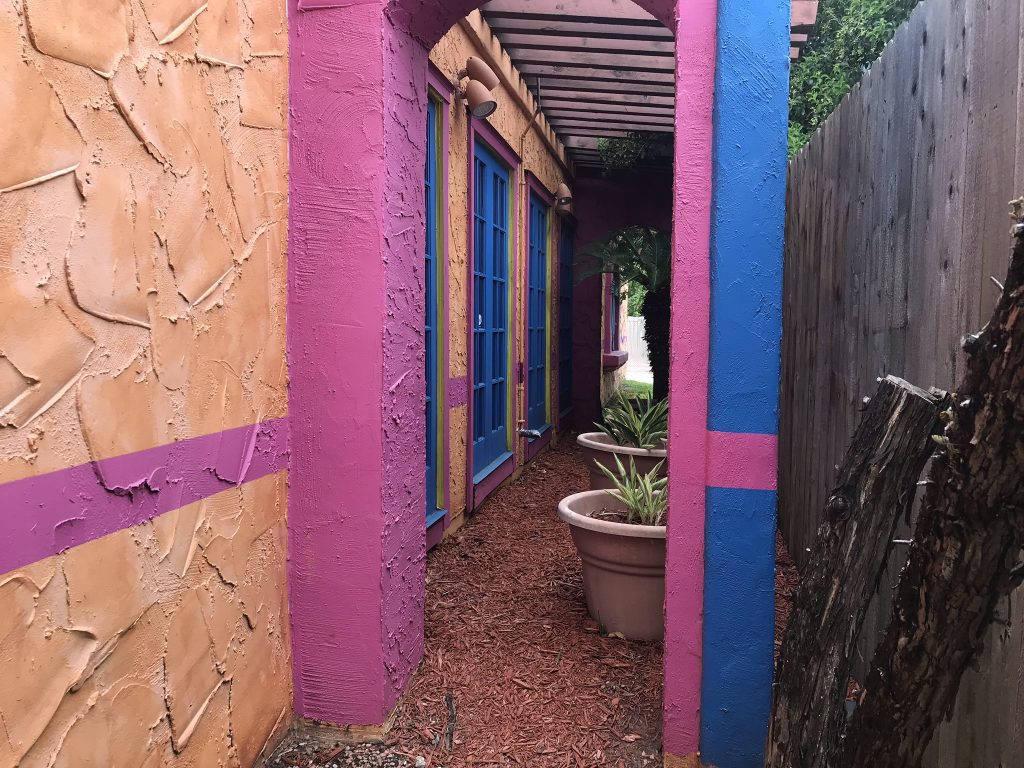 There is a used car lot located directly to the right of the building. To help preserve some of the charm of not looking at old cars while you eat, a fence was built and this area was styled with potted plants, and mulch. Looking into the restaurant not much has been touched. Some of the lights are still even on. 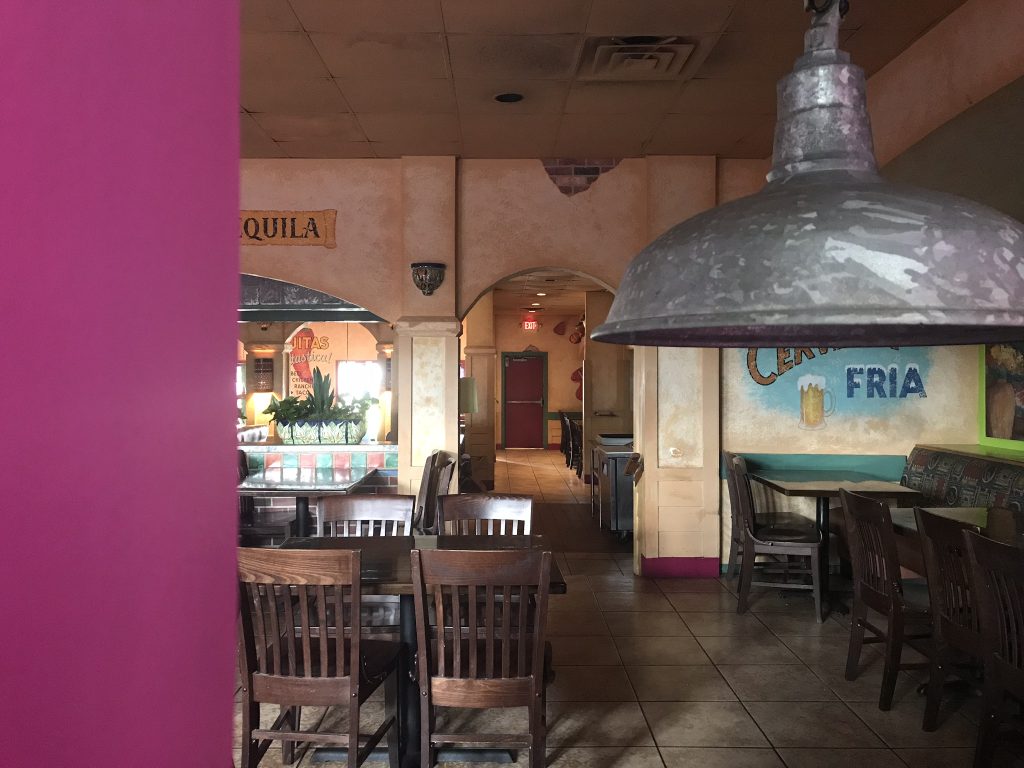 You can see the lit accent lighting on the support beam to the far left, along with the Exit sign above the emergency door. 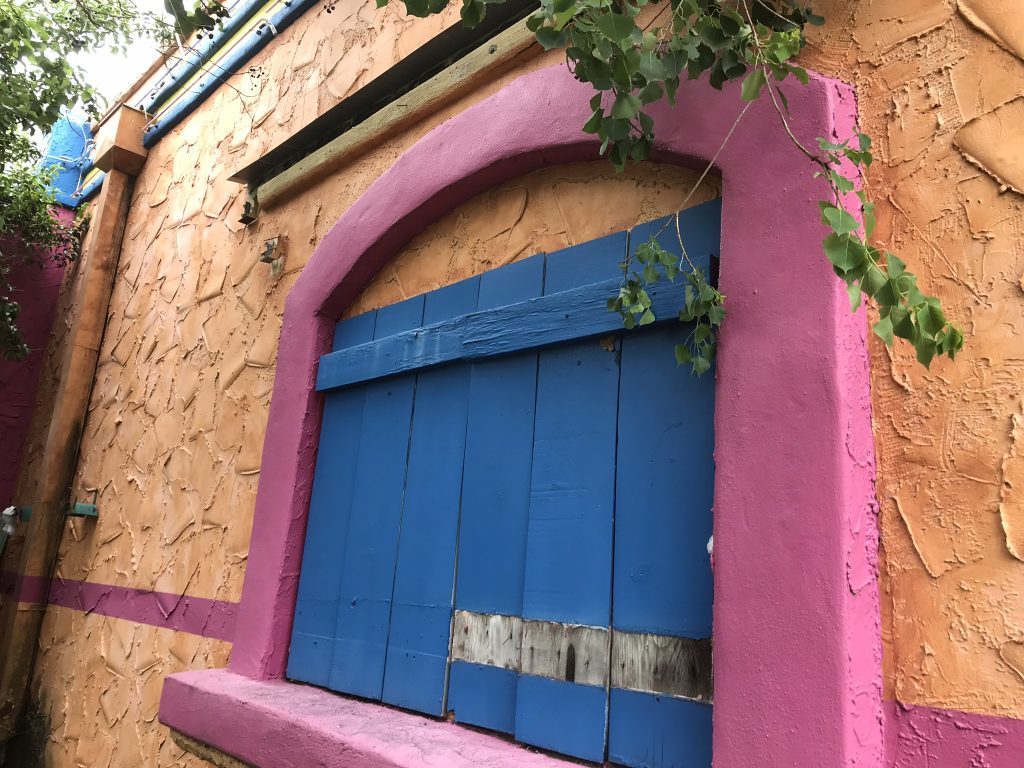 Moving further down the right side of the building we come to an “abandoned” window which has not seen any love in a while. There’s another phony abandoned window on the opposite side of the building, in much better shape. This was never seen by customers. 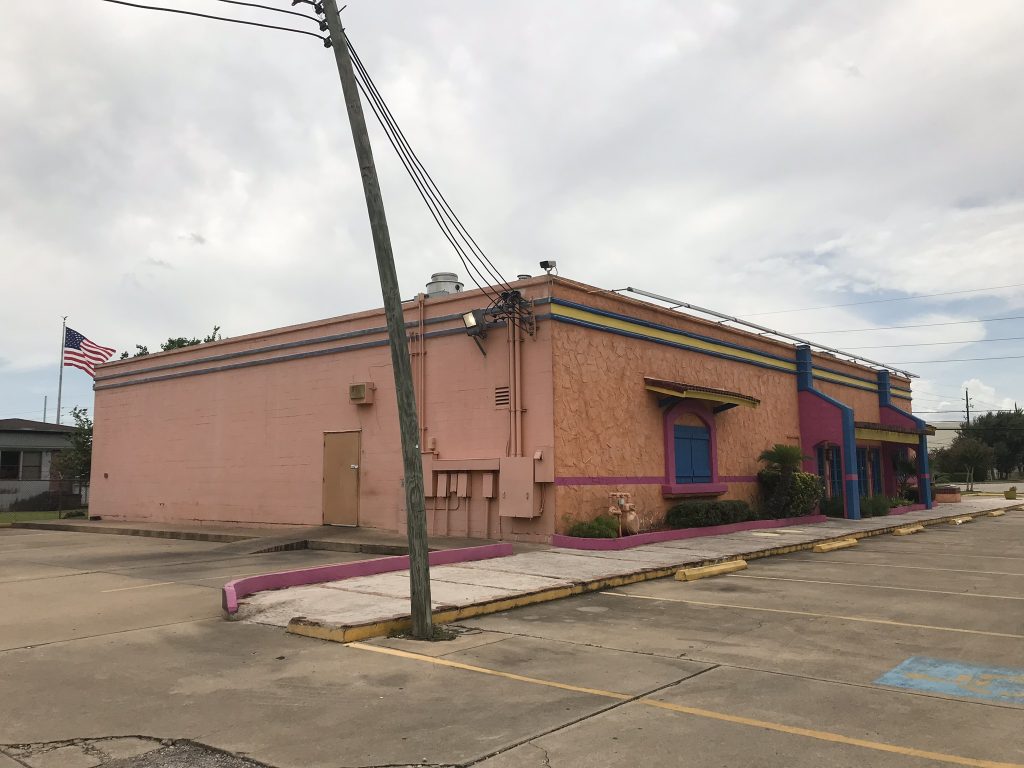 The back end of the building really goes to show how great of a theme job was done with the stucco, and building additions. Notice the window on this side, which includes the original awning. This location had an extra grass lot, which I remember parking in quite a lot. Although, it looks like it hasn’t been used much lately. 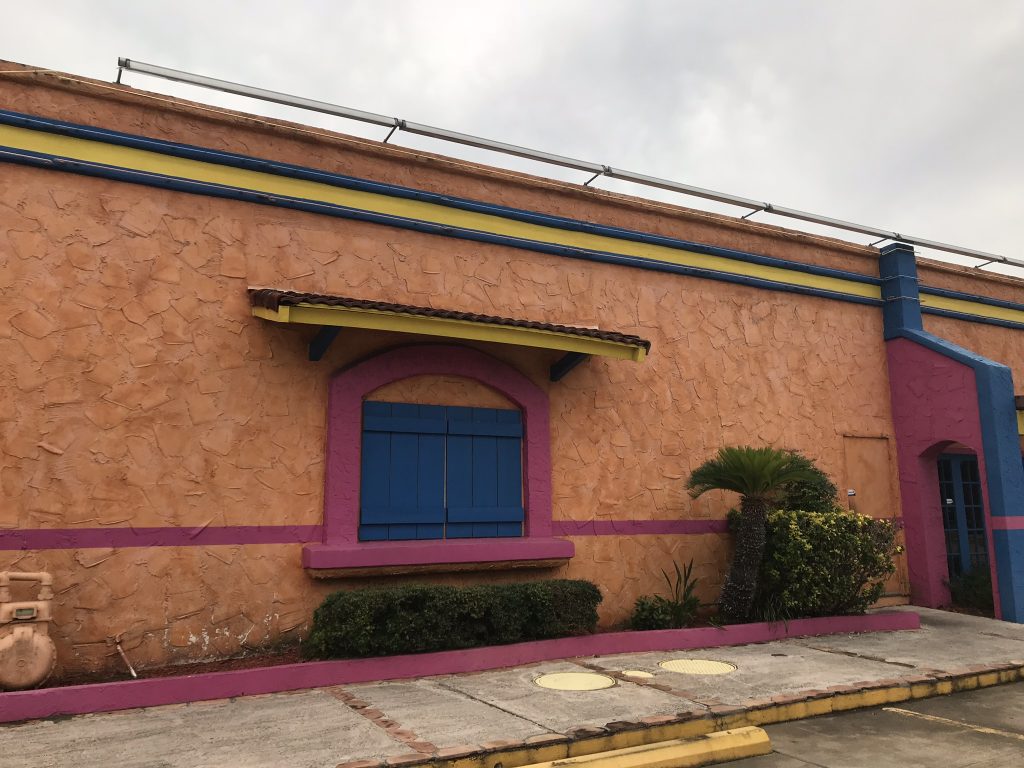 A better look at the nicer window reveals that is is just building decor, also notice the outside of the emergency exit on the right. 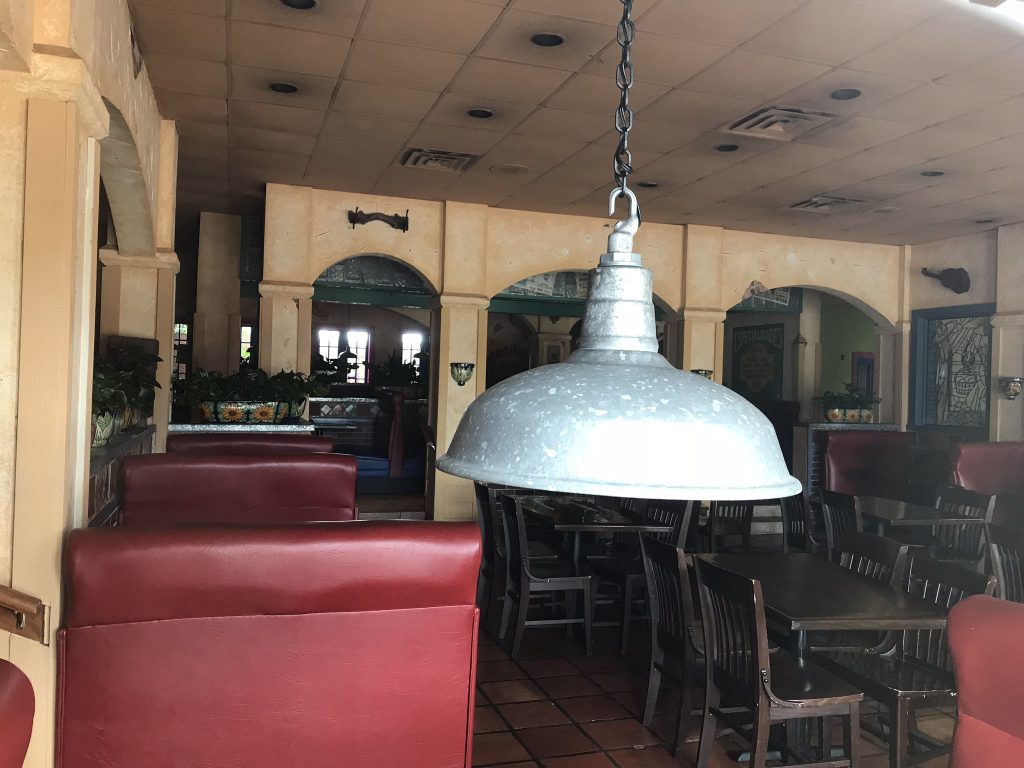 This side of the restaurant looks the same, like it’s ready to open back up at any minute. 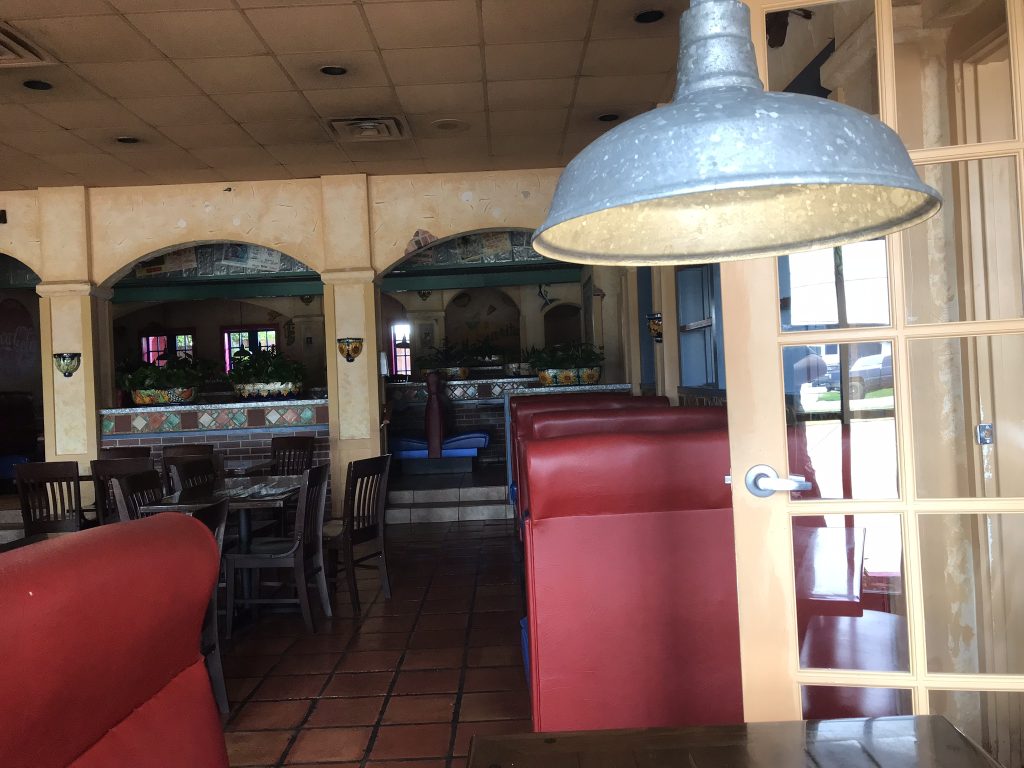 I couldn’t figure out exactly where this door led, but I’m thinking this was maybe a private room from the dining room? These tables even had table cloths on them. Someone must have stopped mid-setup. 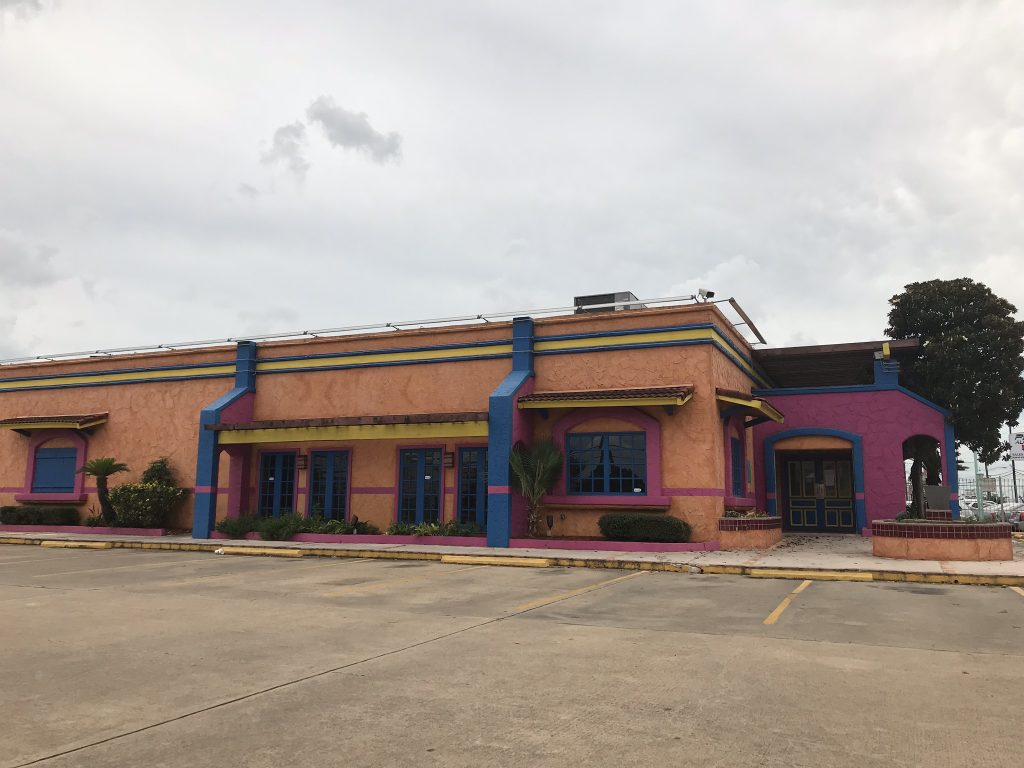 A final look back at Fort Bend County’s sole Casa Ole made me some what nostalgic. I remember Case Ole as being quite the celebratory place. The food was delicious, and reviews show this held true up until the end. If anything this restaurant has been effected by a demographic shift in the neighborhood. The Stafford area, which has shifted from established Upper Middle and Middle Class African American families, to newer immigrant families. Many of which are from African and Indian backgrounds, and are either lower-middle class or lower class. Only time will tell what will pop up in here, but Casa Ole will be missed.