Update 6/13: The new grocer has been confirmed as GFS. 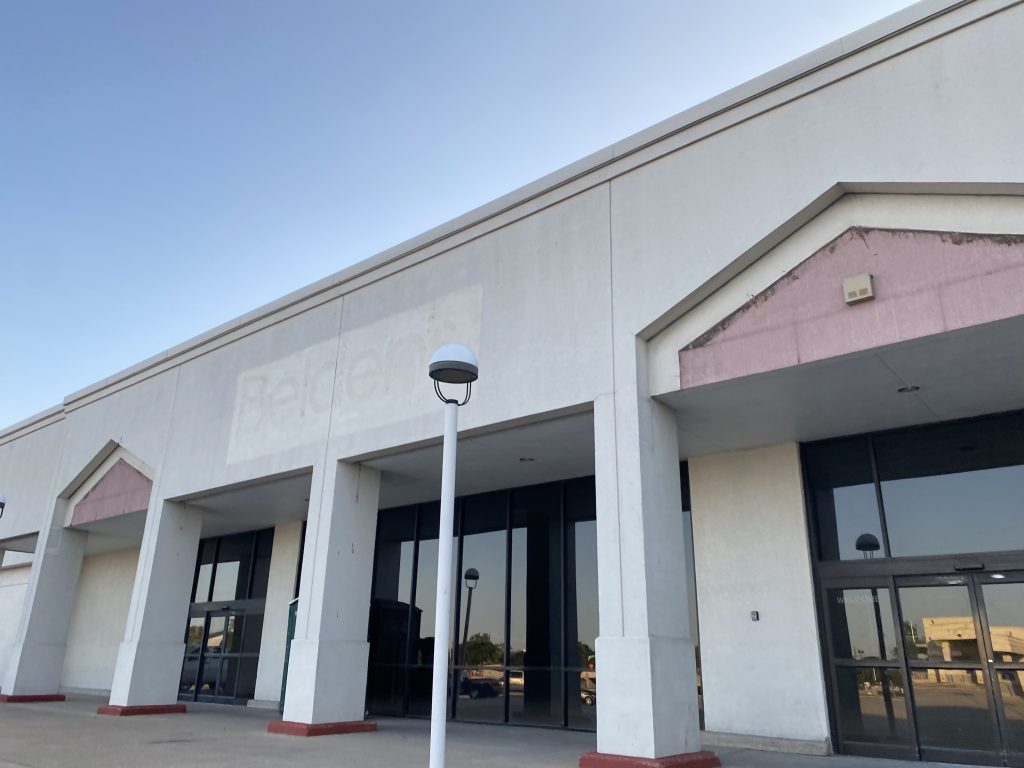 In early 2020 Belden’s in Braeswood Square closed their doors, after nearly 70 years of continuous operations closing a long chapter in Houston grocer. While official publications haven’t said exactly who will take this new spot, it is known that Braeswood Square, will once again be host to a national grocery tenant for the first time in 35 years! Belden’s initially started off as a member of the Super Value cooperative in 1951 with a location near the Bellaire Triangle. Belden’s would quickly expand over the next few years, jumping to Minimax as Super Value dissolved. By the 1960s Belden’s was up to 6 locations, with three running under the name “Food Giant of Texas”. Which were “massive” locations attached to early malls, including one at Sharpstown. At the start of the “70s grocery wars” in Houston, Belden’s was a small but respectable independent, which unfortunately held little chance against the competition. While the Food Giant concept would fare better, Belden’s was down to one location, off South Post Oak. With the passing of the company from father to son, the next generations of Belden’s made grand plans for their grocery stores. The owners wanted to bring the focus back to the Belden’s brand, as a specialty grocer. In 1987 they would move their remaining store, and sell off the Food Giant locations shortly after. Their new digs in Braeswood Square took the space of a former Weingarten, which was converted into a Safeway after their buyout. Over the next few years, Belden’s would transform itself into the premier destination for Kosher shopping in Houston. The chain would also try to expand operations a few times by acquiring old Gerland’s locations, however, this “new age of Belden’s” never really caught on, and with only one other branch store briefly operating.

At the end of 2019, prior to any widespread local effects of the pandemic, Belden’s shut their doors. Claiming that their doing-in was mainly the work of the dual new HEB locations. HEB’s intent to implement Kosher items at the Meyerland store meant that Belden’s lost much of its appeal. Once the store moved out, it sat silently for the next two years. Grocery options in the area have somewhat fallen off the wagon. With Kosher Albertson’s “downgrade” to a very nice Food Town, and a Wal-Mart Neighborhood Market making up the only offerings in the area, after the failure of the Love Thy Neighbor Market. Earlier this year, demolition permits were filed with the city to tear down the remaining interior features of Belden’s. The property is owned by the surviving real estate arm of Grocers Supply Co. and represented by CBRE. With mostly “lower-end” options in the area, the prospective tenant will likely be on the “higher-end”. Based on the size of the building, and a few other factors, speculation among the Houston retail community has been that this space will likely end up with a Sprouts or comparable grocer.