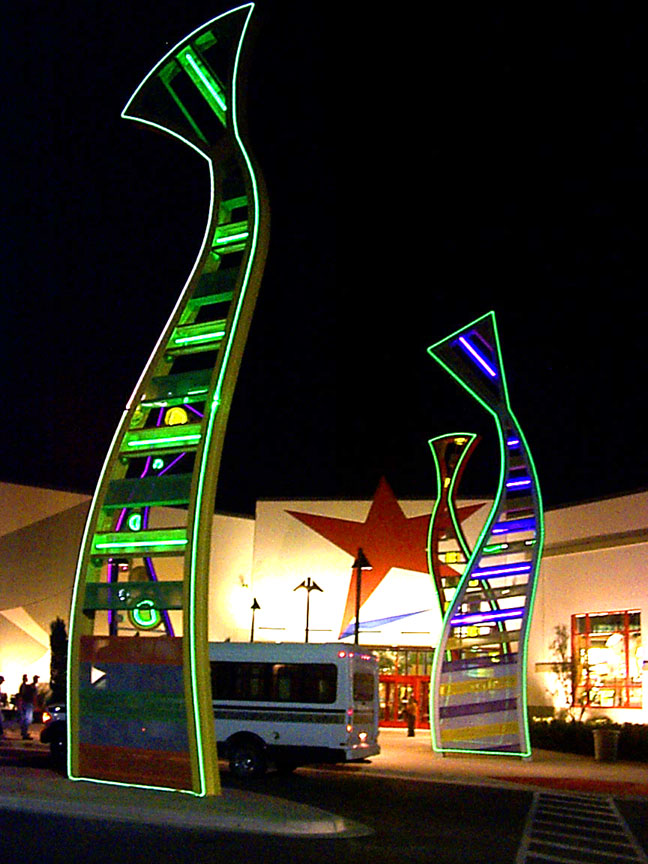 All images in this post were taken by Darel Rex Finley. With his permission, I have used them to write this post.

When Katy Mills Mall opened in 1999, it wasn’t surrounded by much. To the South two recently developed, and unfinished neighborhoods, Pin Oak Village and Falcon Point. To the North, downtown “Old Katy”. With no development to the East or West. Even the outparcels of the mall were underdeveloped, with a Walmart and Toys ‘R Us, being the only other retail nearby.

The idea of building a mall here puzzled some, as it seemed to be “out in the sticks”. The reality is that this was a prime location for a mall. The suburbs were booming, and the developer, The Mills Corporation, had gone through tons of trouble to build this mall. The land on which the mall sits was part of the Katy Prairie, specifically they were wetlands.

The Mills Corporation had given a large donation to the Katy Prairie Conservacy to help purchase new land, and prevent environmental backlash. The Army Corps of engineers had to permit and supervise the draining of the wetlands as they had a protected status. As well, the land was owned by the City of Houston, it was sold to Katy who then sold it to the developer. During development competing companies tried to open two rival malls both of which would fail.

The mills corporation was finally able to build the mall pushing the original goal of early 1999 to late December, just in time for Christmas. The mall was sold on the outlet concept, but in a traditional mall setting. Many stores in the nearby Sealy outlets would jump ship to Katy Mills. This would help to make Katy Mills the premier shopping destination for most of West Houston.

The mall was designed in the standard “Mills fashion” the mall had a racetrack layout with a center food court. Each segment of the racetrack was considered a neighborhood. Each neighborhood was sponsored by a company. Upon entering the mall you were told by an automatic speaker which neighborhood you had just entered.

The mall had a theme of a day out at the mall with the Star Family. The colors and styles were meant to evoke the idea of children creating the decor using only construction paper and scissors. The food court had its own unique theme, entitled Katy Field Day the individual stalls were each themes to look like a child’s lunchbox, and the ends of the food court were flanked by full service restaurants.

The corridors were designed with a rising and falling pattern. The changes were dealt with by a combination of ramps and stairs. The floors were wood under a heavy coat of lacquer. Trees were placed at certain intervals in planters built into the ground. The ceiling was unique in that no drop ceilings were used or required by stores. Meaning that for the most part if you looked up you could see straight to the roof.

With the exception of anchors and the two full service restaurants, store fronts were limited to their logo and minimal branding. They could add some individual touches but for the most part they were very standardized. The ideal behind this probably fell to the fact that Katy Mills was considered to be an Outlet Mall, but the conformity would diminish over the years.

Certain areas were themed based on their sponsor, such as the Coca-Cola neighborhood. It featured a giant white polar bear (Coke’s mascot at the time) sled shaped benches and moving spotlights with snowflake shaped filters. The theming reflected the company, and save for the sled shaped benches would be stripped when Coca-Cola was no longer sponsor.

Please take some time to visit Darel’s website. Not only does he have more pictures of Katy Mills on opening day. He also has tons of tutorials for cool things.