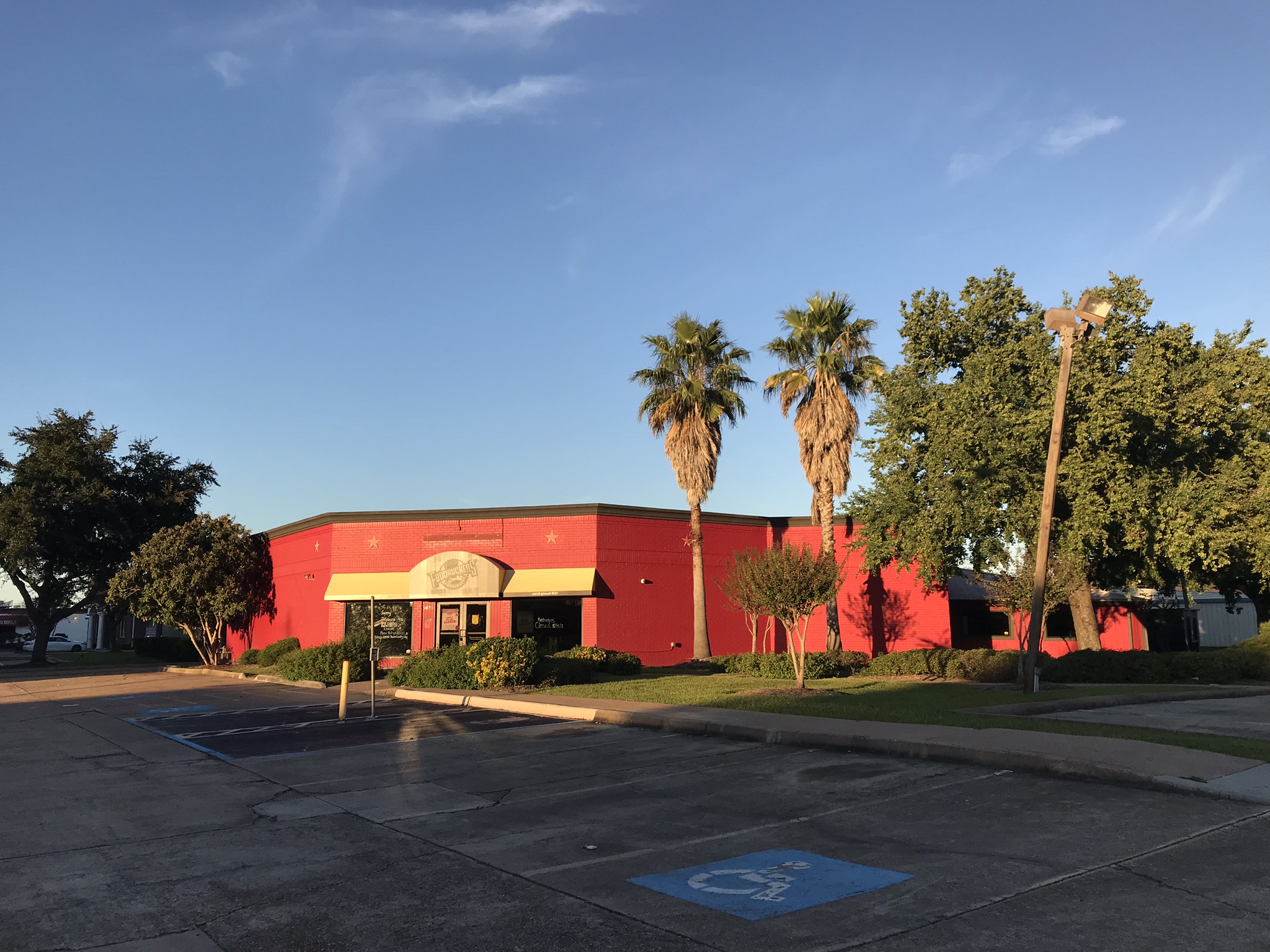 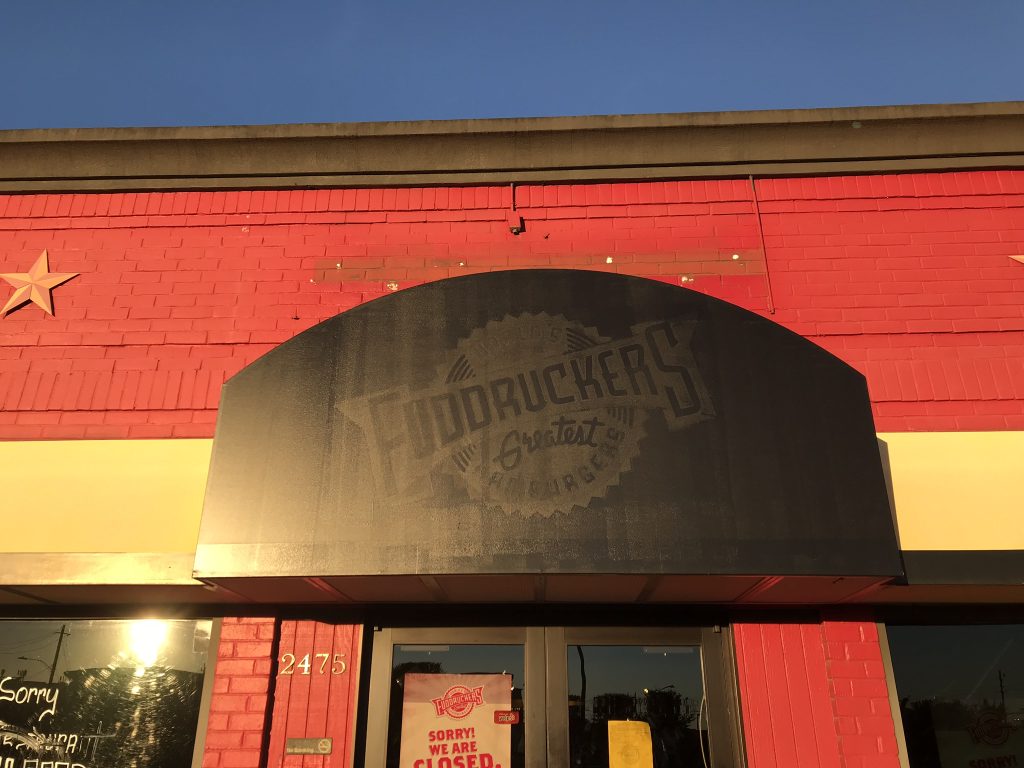 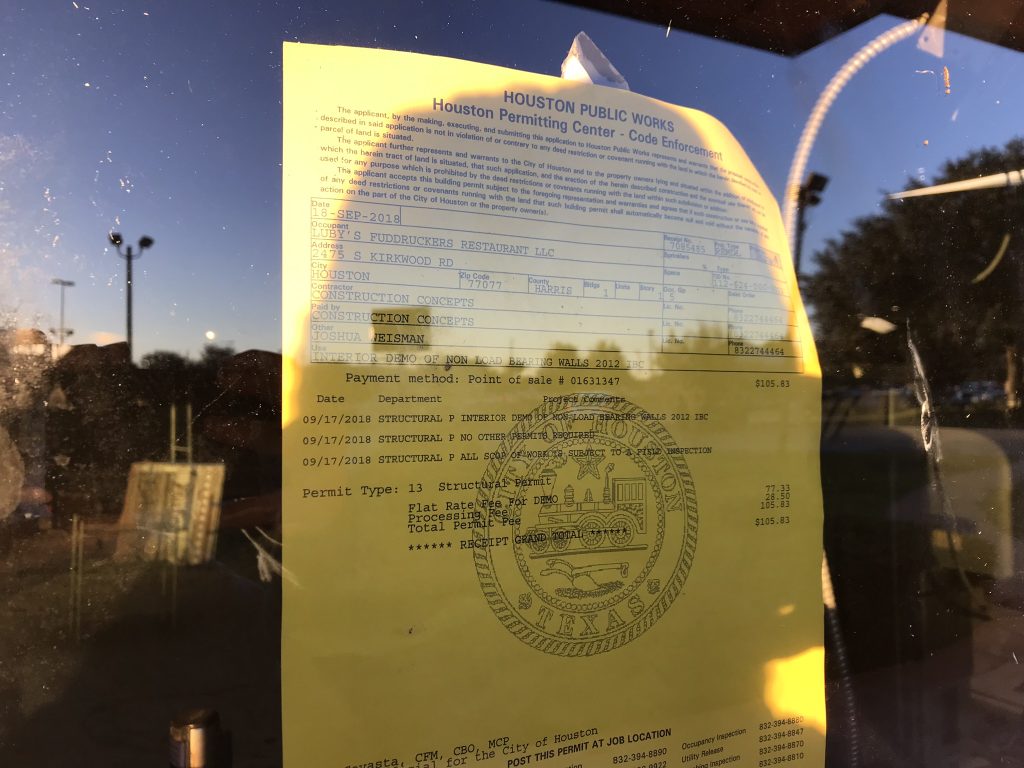 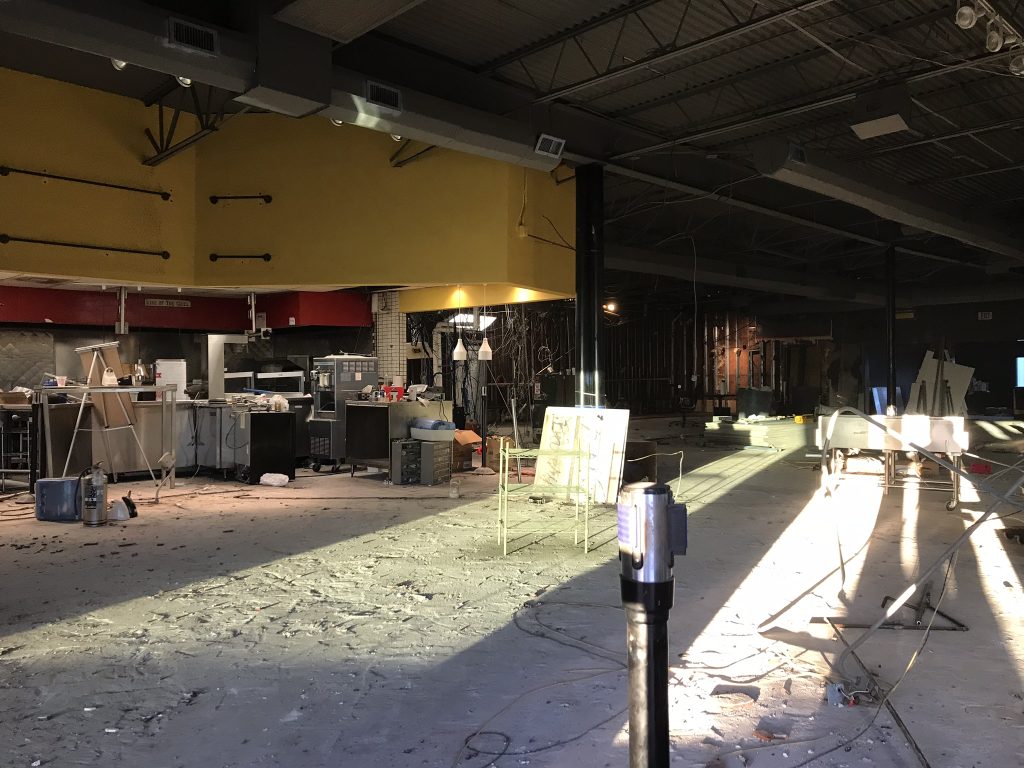 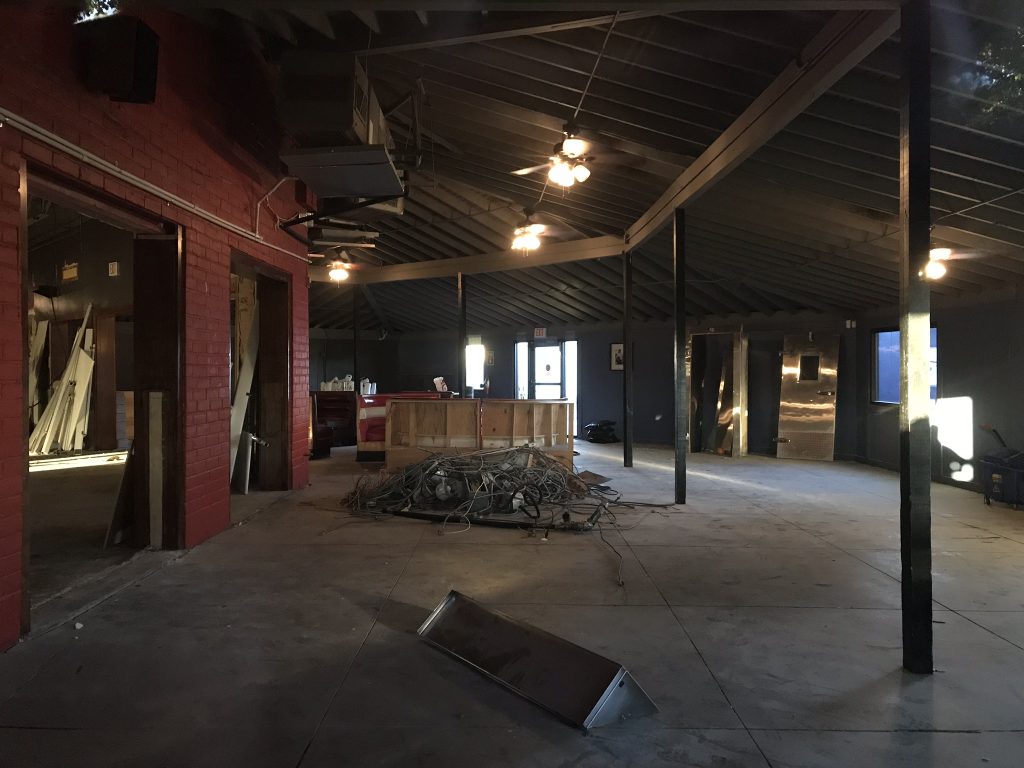 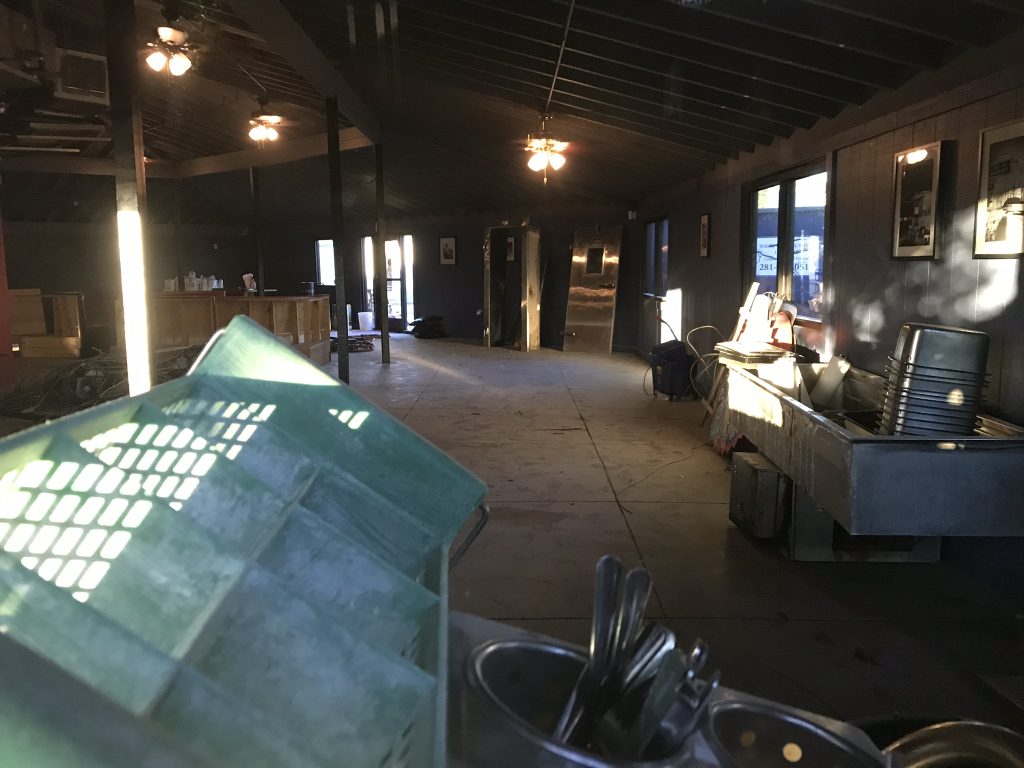 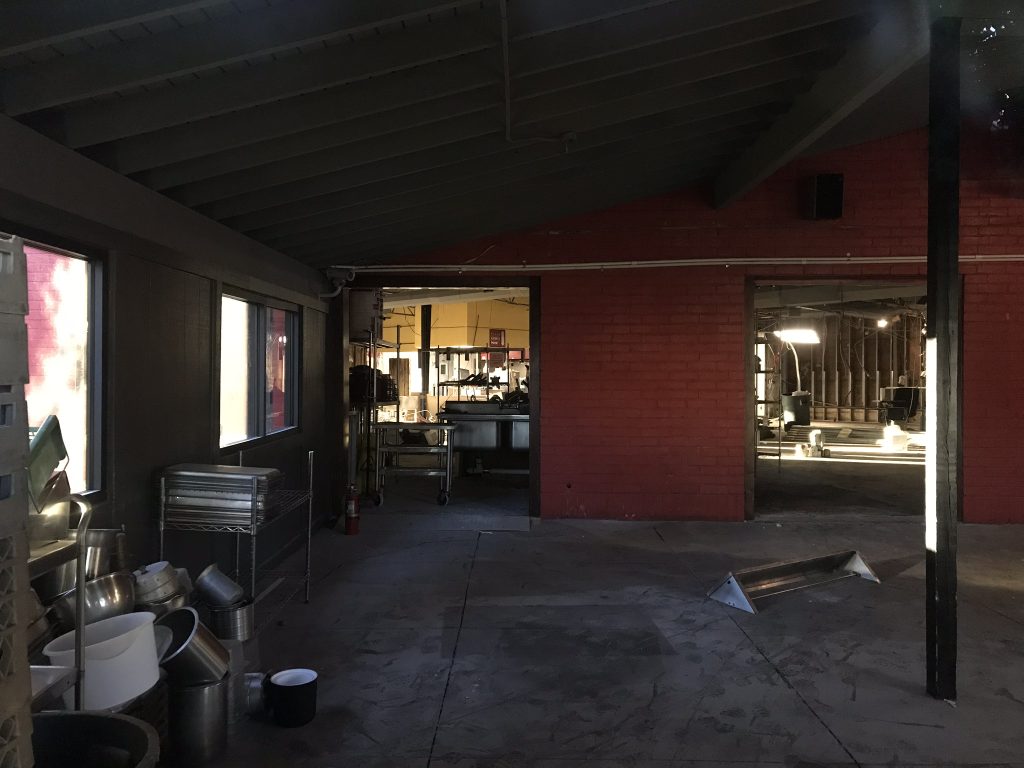 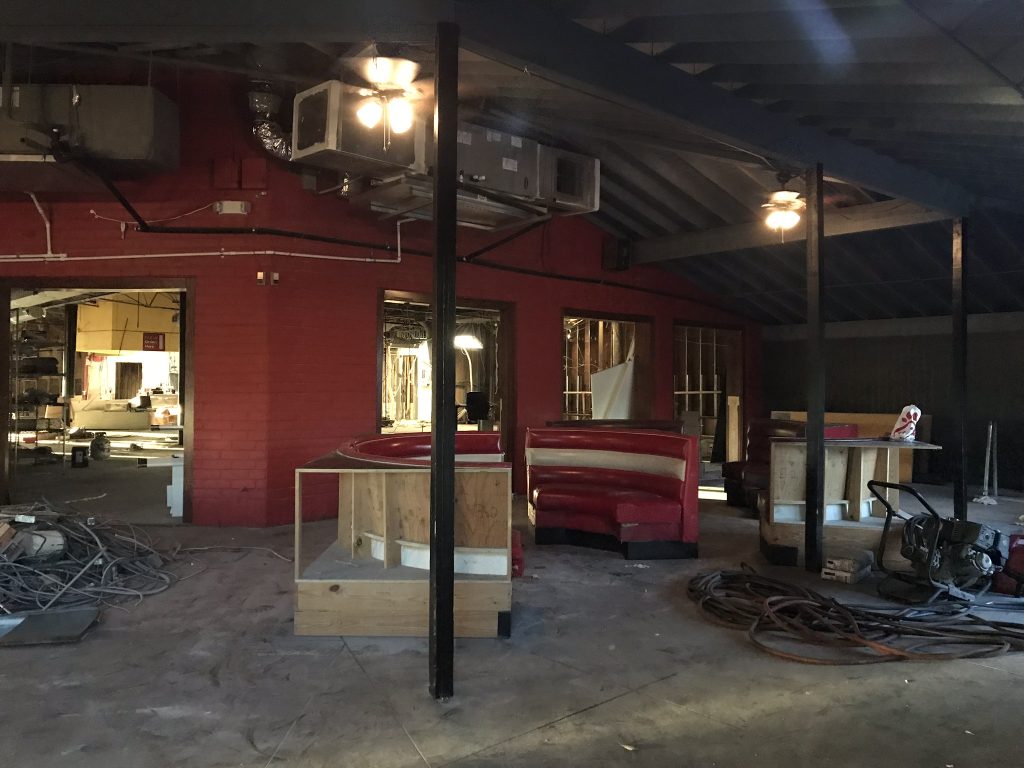 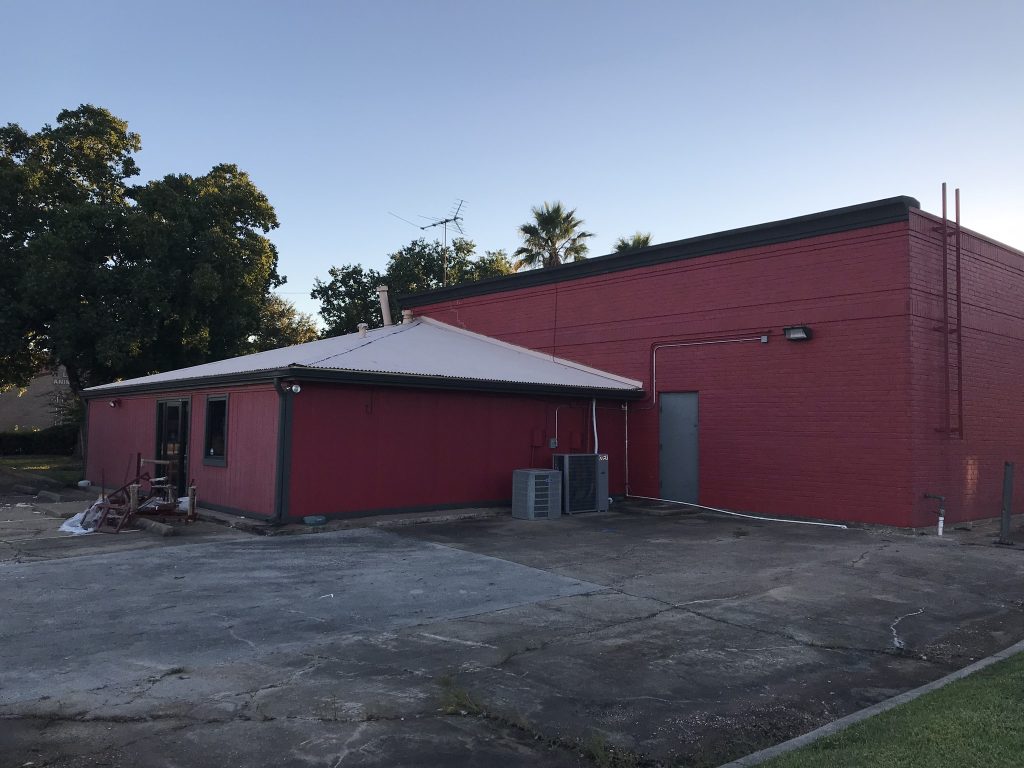 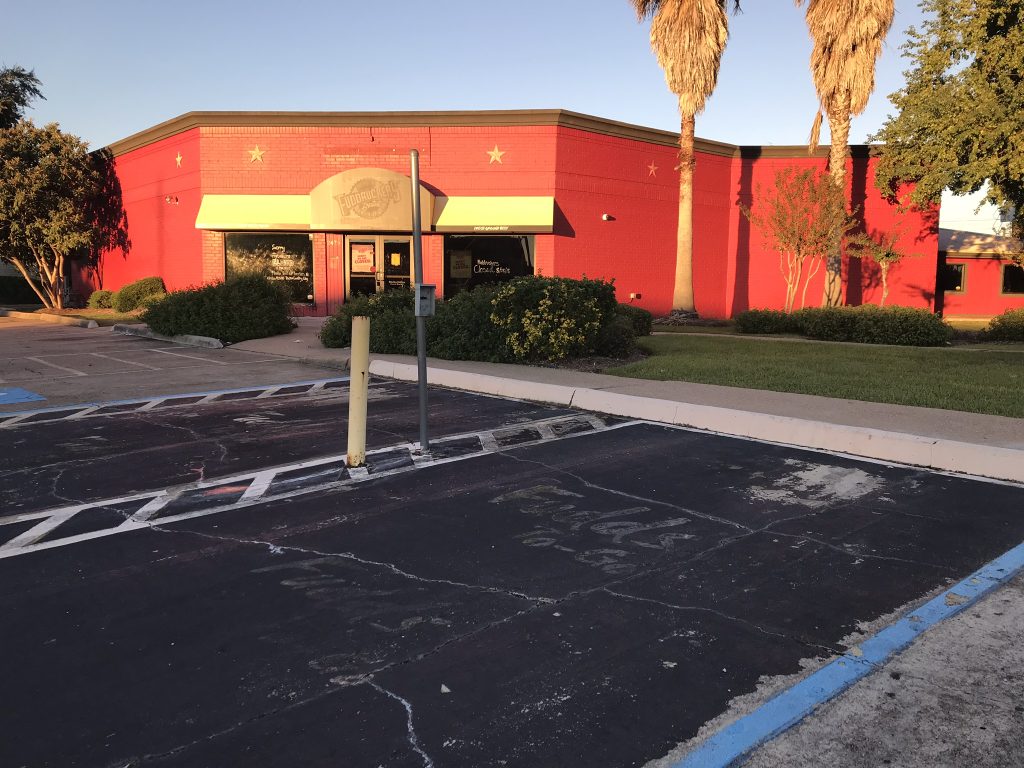 Well after an impromptu hiatus I am glad to say I’m back. The post I’m bringing you this time is not picture based, but rather text based. Sometimes when researching things, you go off on a tangent. Most of the time this leads to two half written articles. However, this list what too interesting not to post. I found the following list, heavily heavily buried, while looking for On the Border Grill and Cantina’s original locations. I have decided to repost it, to help preserve it. The list looks to have been originated on Usenet, which was a group newsgroup which predates the modern internet. The full list can be viewed here. I have made some edits and additions to the content, which are represented in bold font.

Wonderful Vegetarian Restaurant, 7549 Westheimer (at Hillcroft),977-3137
– Vegan. Chinese Buddhist. Kosher. Very highly recommended. The only vegetarian restaurant in town. Many of the dishes may be too meat-like for some.
– Under new management in Summer of 1994. Menu is supposed to be revamped with an emphasis on healthier food.
-Closed some time after 1996

Quan Yin Vegetarian Restaurant, 10804-E Bellaire Blvd, 498-7890
– Lacto-vegetarian. Vegan-friendly. Run by a religious organization, The International Supreme Master Ching Hai Meditation Association.
-Still open as of 2018, not sure about the religious connection however.

Hobbit Hole Cafe
– Rumored to be once all-vegetarian. Many dishes are lacto-vegetarian that can be easily made vegan. Also several vegan dishes. The black bean nachos are incredible. Special bonus is the Tolkien-related decor and recipe names.
-Still open, confirmed that the first 10 years of operation were with a completely vegetarian menu.

Baba Yega
– Kinda like the Hobbit Hole but less veg. Serves a veggie burger.
-Still operating at the same location has continuously been in business since 1975.

Hungry‘s International, 2356 Rice Blvd, 523-8652
-Opened in 1975 as Hungry’s International Sandwhich Shop, has since renamed themselves to simply “Hungry’s”.
-The first location was in the Montrose Area, with the Rice Blvd. location opening sometime before 1995.
-Another location is open at 14714 Memorial Drive

Souper Salad, 5460 Weslayan, 660-8950
-This chain slowly left the Houston City Limits, with only 2 left in the Metro area as of 2018.
-This location closed in the early 2000s.
-It filled in a what was originally a walkway in the Weslayan Plaza/Montclair Shopping Center

Macrobiotic Center, 2815 Garrott, 523-0171
– Not a restaurant, but caters vegetarian food.
-No longer in business, no details available online
-Was possibly run out of an apartment?

Bombay Palace, 3901 Westheimer, 960-8472
– Indian. Daily buffet has vegetarian options. [Is it vegan-friendly?]
Open daily for lunch and dinner. *VRG
-Moved in 2000 when lot was cleared for Central Market.
-Relocated right across the railroad to 4100 Westheimer.
-Eventually closing in 2005, being replaced by Kiran’s.

Empress of China, 5419 A FM 1960, 583-8021
– Chinese. Vegan-friendly. Exquisite. It doubles as a routine Chinese restaurant for lunch and at night transforms to one of Houston’s most elegant, word of mouth, high cuisine restaurants with extensive wine selection. Scott and Mae Chen provide wonderful atmosphere. Mr. Wong’s kitchen staff are versatile and it’s far, far cleaner than my compulsive pathologist wife and I can keep our kitchen at home. Call in advance and arrange business meetings or banquets. Can match the appearance of continental east meets west flavored and decorated dishes so you can take non veggie guests for a gentle introduction to veggie food in a wonderful setting. Truly culinary ART! Does exquisite vegetarian banquets on request. I’ve studied Chinese food for 20 years and I can’t begin to touch the art of preparation I’ve seen this kitchen routinely turn out for the past two years. Open Mon-Fri from lunch to 10pm, Sat dinner. Closed Sun.
– I have an inkling this place may not have been as good as the original author claimed. It was out of business prior to any modern internet listings.

Paddy Thai, on Westheimer
– ‘Vegetarian’ in Thai means ‘substitute tofu for flesh’. Be sure to insist on no fish sauce or other animal products.
– Closed sometime between 2005 and 2009. The Pig Stand was supposedly the first chain to ever offer, drive-in service. Fort Worth was home to the original location, eventually expanding to Houston by location number 7. 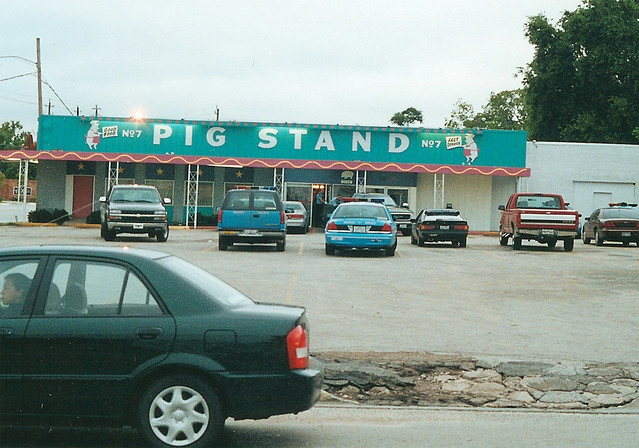