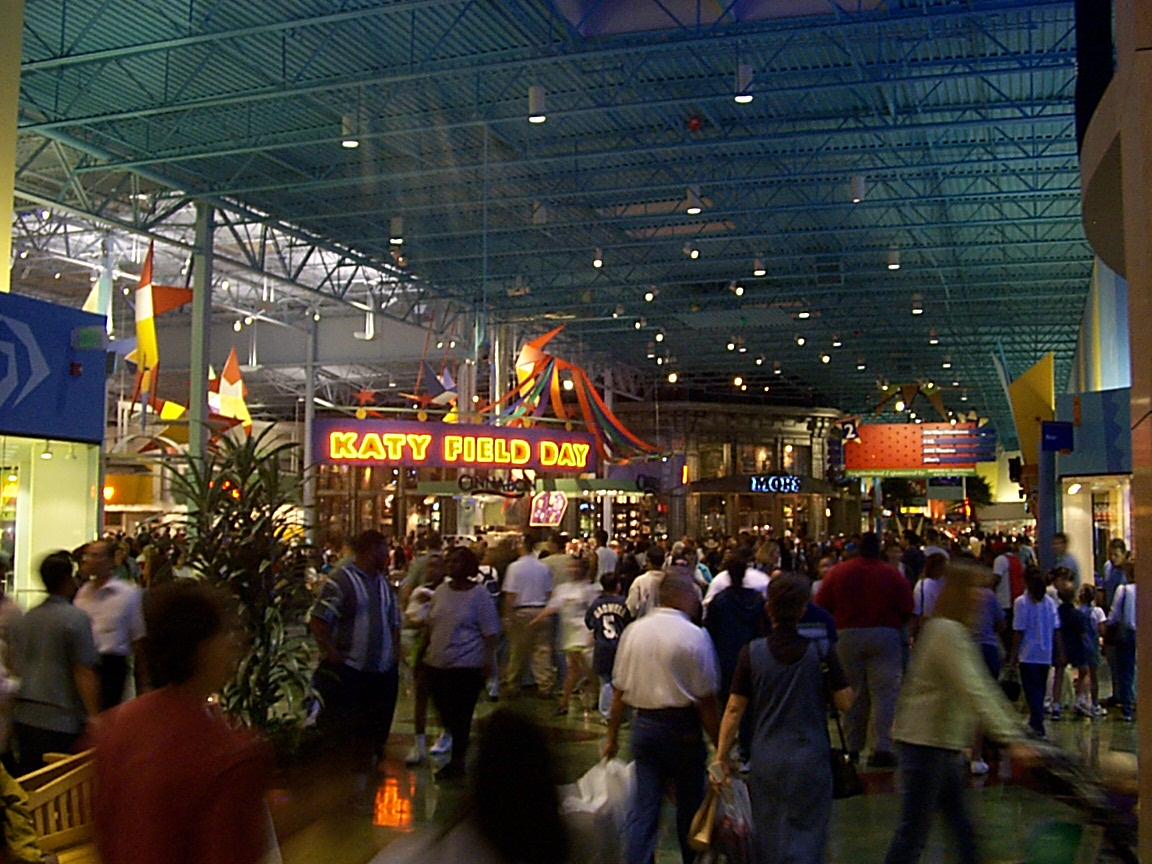 As it had been nearly 6 months since my last visit to Northwest Mall, I figured it was time for me to stop by. From the outside it looks like not too much is going on, and the views from the inside support that as well. All the stores with exterior entrances are still open, including Thompson’s Antique Center, Palais Royal, The College of Health Care Professionals, The Post Oak Club, and Chapa. Upon speaking to an employee at Palais Royal it appears that the mall may be up for sale, and as a result the renovation is on hold. 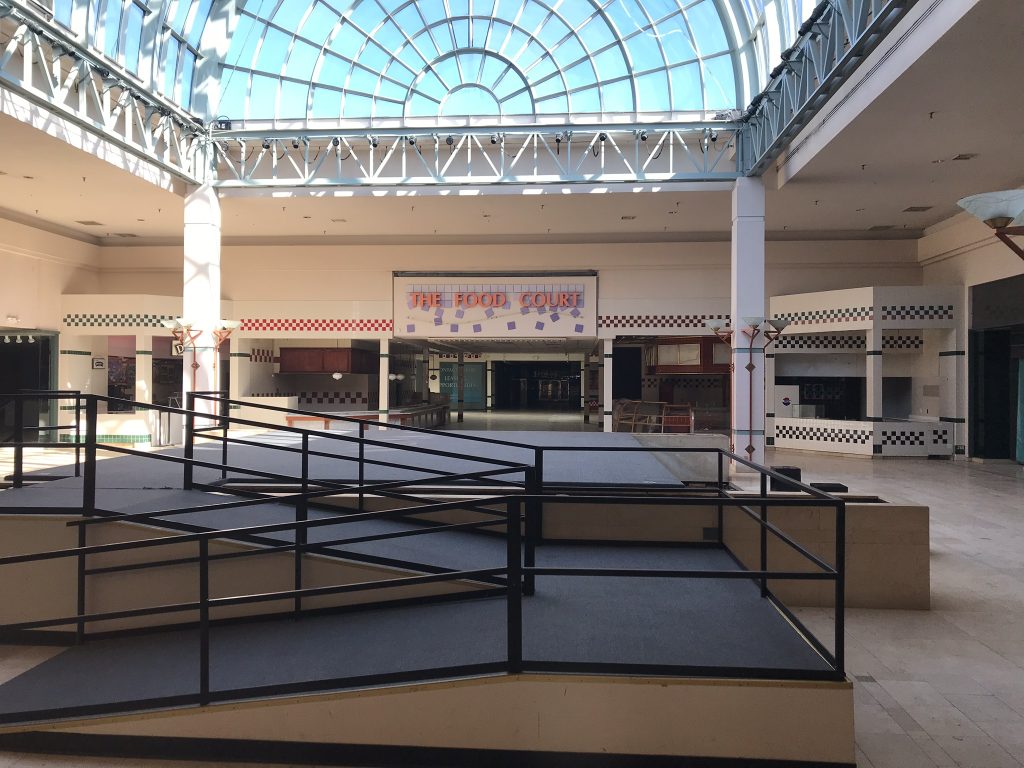 Looking to the A-Entrance you can see that all tables, chairs, ropes, etc.. have been removed from the food court. 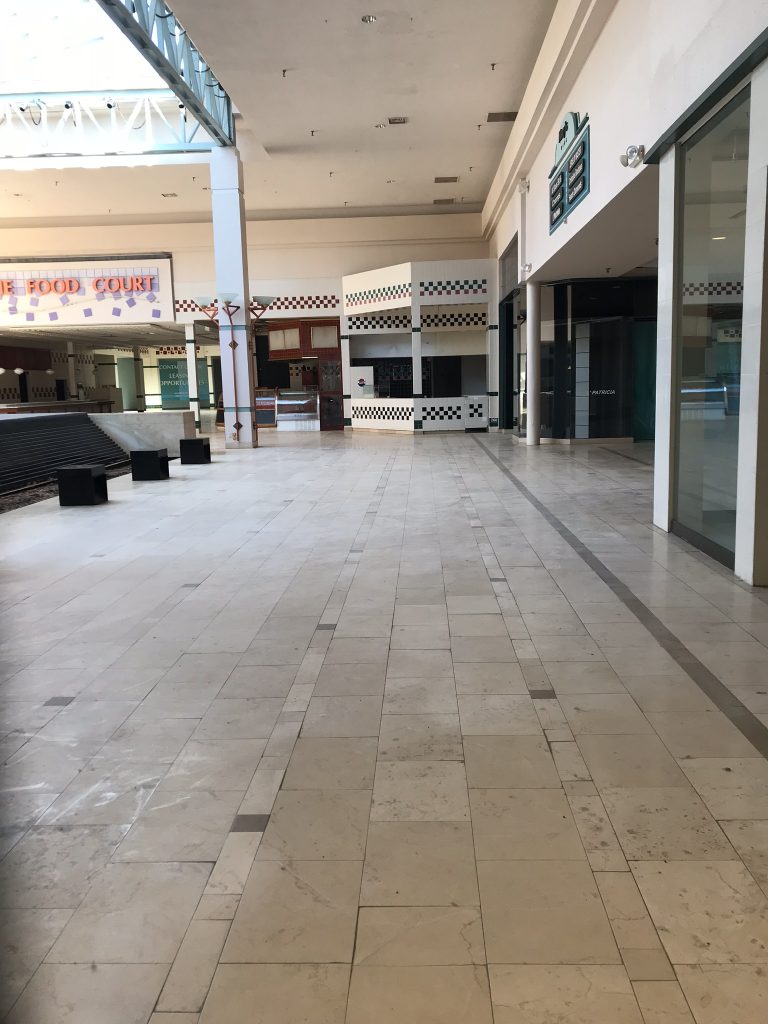 The plants next to the stage have been removed, but the soil is still there. 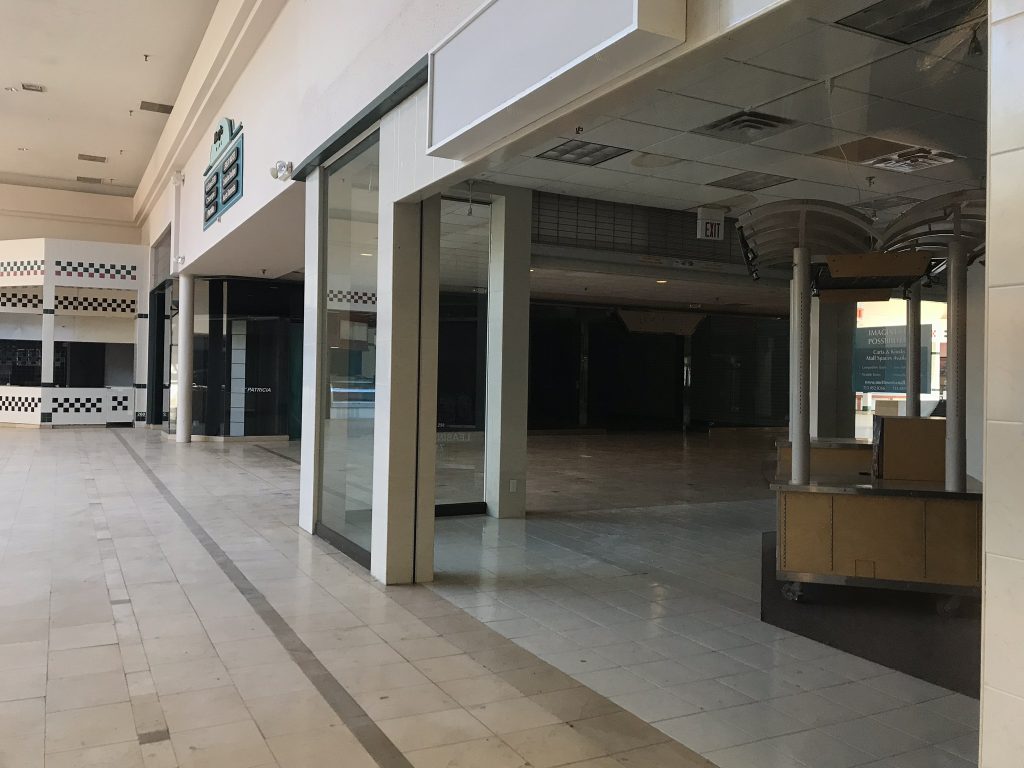 The cart advertising the opportunity to have your own cart at the mall is still there. 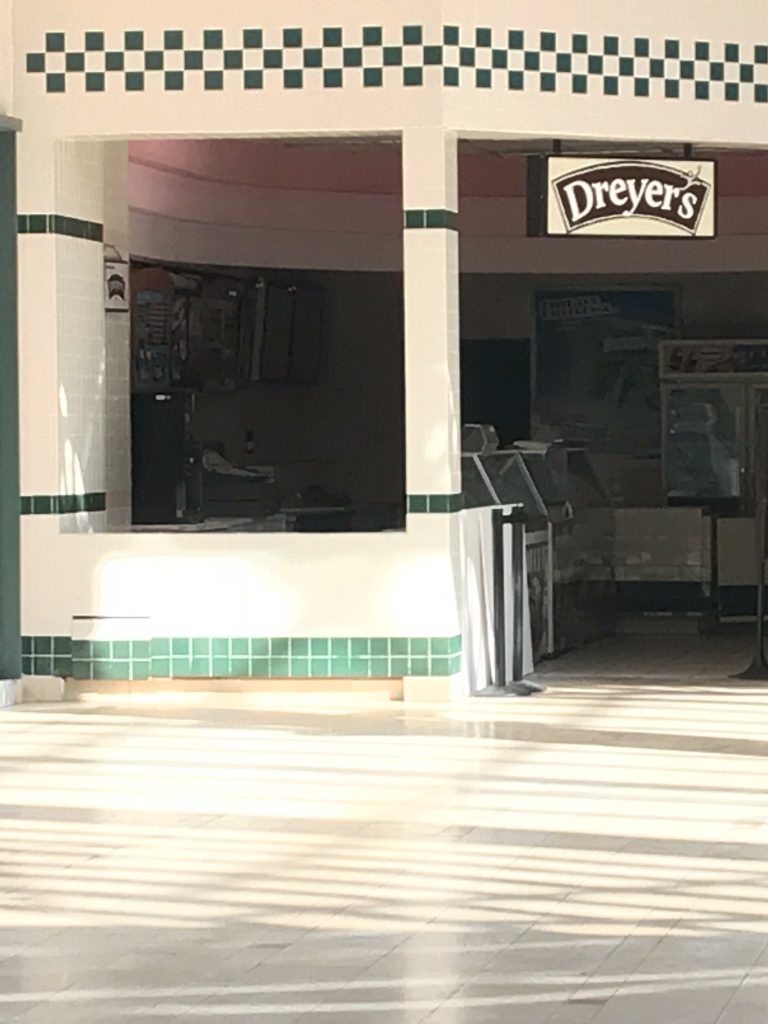 The former Dryer’s is oddly still intact, however it closed prior to the mall. 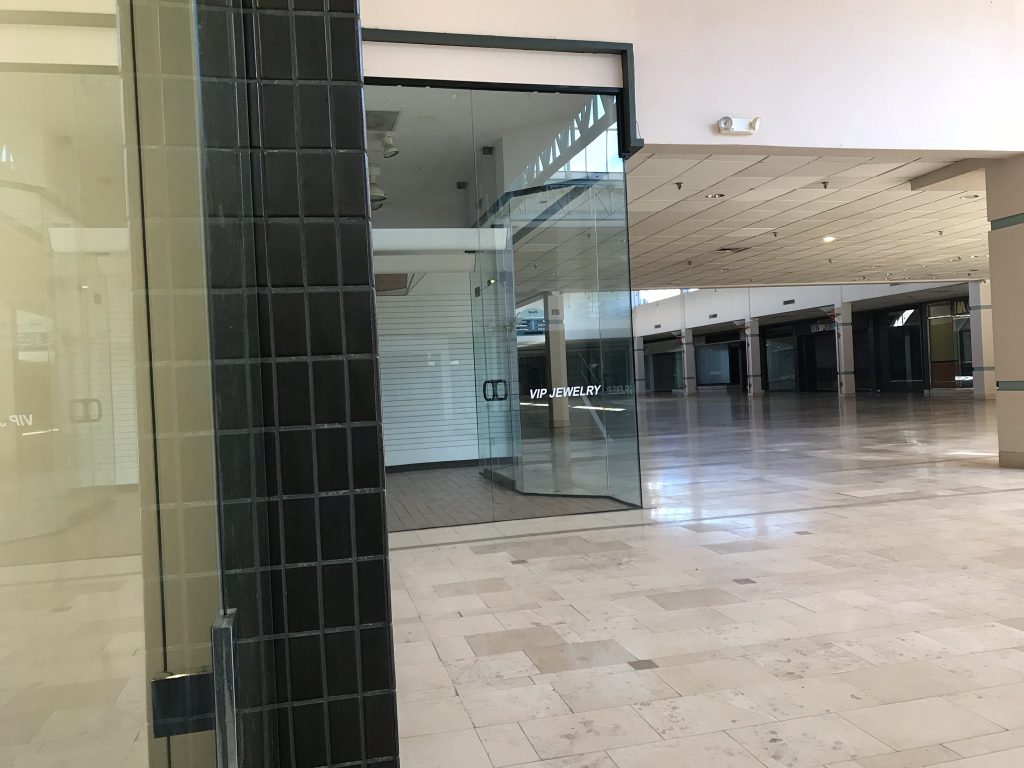 Looking toward the old JC Penny, all carts have been removed. I noticed that one of the permanent booths was actually for sale at the antique center soon after closing. 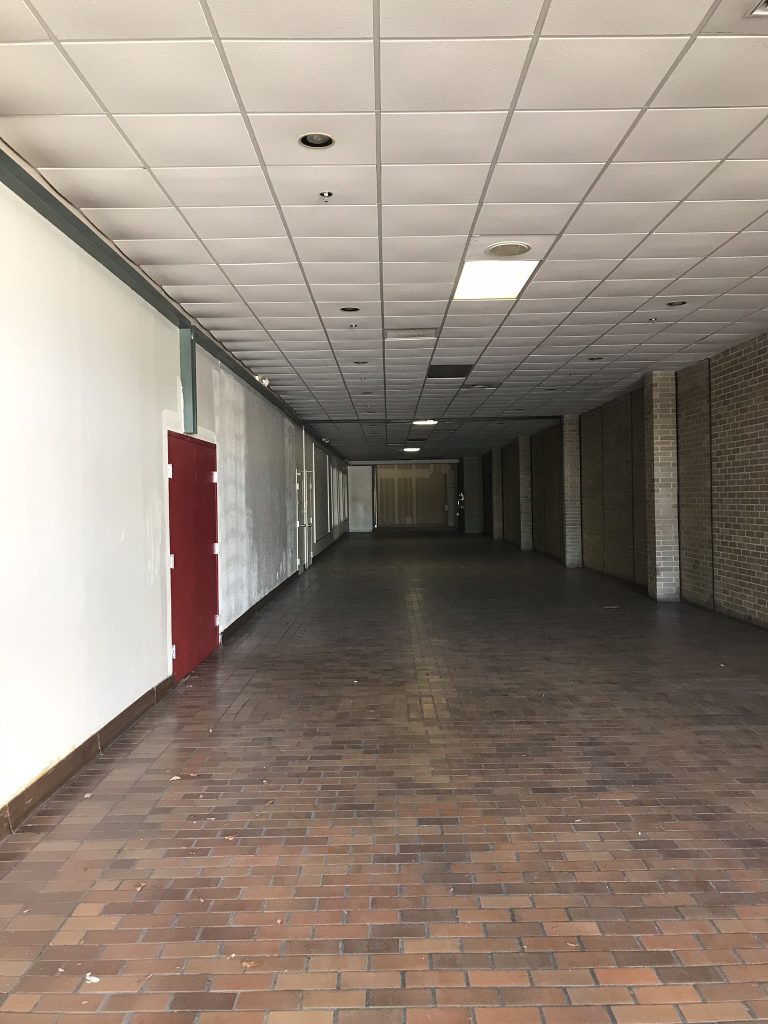 While I didn’t get it in this picture, an emergency exit arm has been affixed to one of the four doors to the outside. 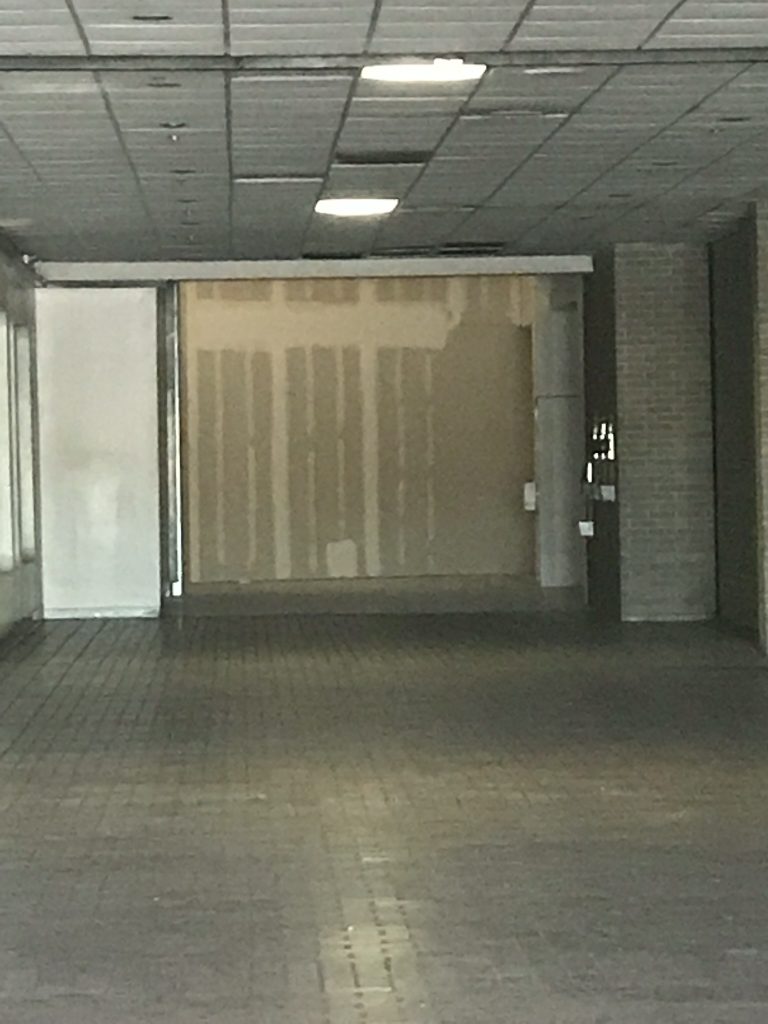 It looks like the temporary wall, is a bit further back than I originally thought.

At this point it doesn’t look likely that the mall will reopen, and if it does it won’t be anytime soon. If anyone has any information please feel free to leave it in the comments below, and we’ll see where we are in the next 6 months!

My Name is Mike! I'm the founder, and owner of Houston Historic Retail. I love retail, and I love Houston. Please give any feedback you have!