This Week in Demolition we see the busiest Non-Residential Demolition list in quite some time! Starting off with smaller news, the original home of C&D Scrap Metal is slated to come down after sitting vacant since the $2 Bills were relocated to Bingle Road in 2016. Towards the center of town we find an unusual address 6100 Main, which any Owl Alums will quickly recognize as home of Rice University. The school announced in April of this year that they plan to replace the Abercrombie Engineering Lab with a new facility. Speaking of rice, our feature this week is the transition of the former Shadowdale Grain Elevator facility in West Houston into the new home of a Mega Church. While no Lakewood, or Second Baptist Hope City Church, which currently meets across various campuses comprised of rented spaces (including a satellite campus in Tanzania), is aiming for accommodating up to 2000 congregants in the new facility. According to Hope City Church the purchase price for the facility was around $20 Million, and they closed on the deal during the summer of 2019. Although constructed as a grain elevator site, the buildings and silos have been used by a self storage company for at least the last 20 years. In 1990 the Grain Elevator experienced a severe explosion which blew the roof off of the central shaft and started a fire, while no one was hurt or killed, the fact that this happened next to a residential area likely led to a good amount of push back towards continued operation of a grain elevator. However, the large concrete structures have continued to provide a second purpose as a great advertising piece over the years. Hope City seems to support this theory and is banking on the silos “Creat[ing] a visibility and branding opportunity for our campus“. Renderings and concept art have shown a large lighted sign being attached to the remaining silos, leaving the residents in the neighborhood behind living in the shadow of Hope City. 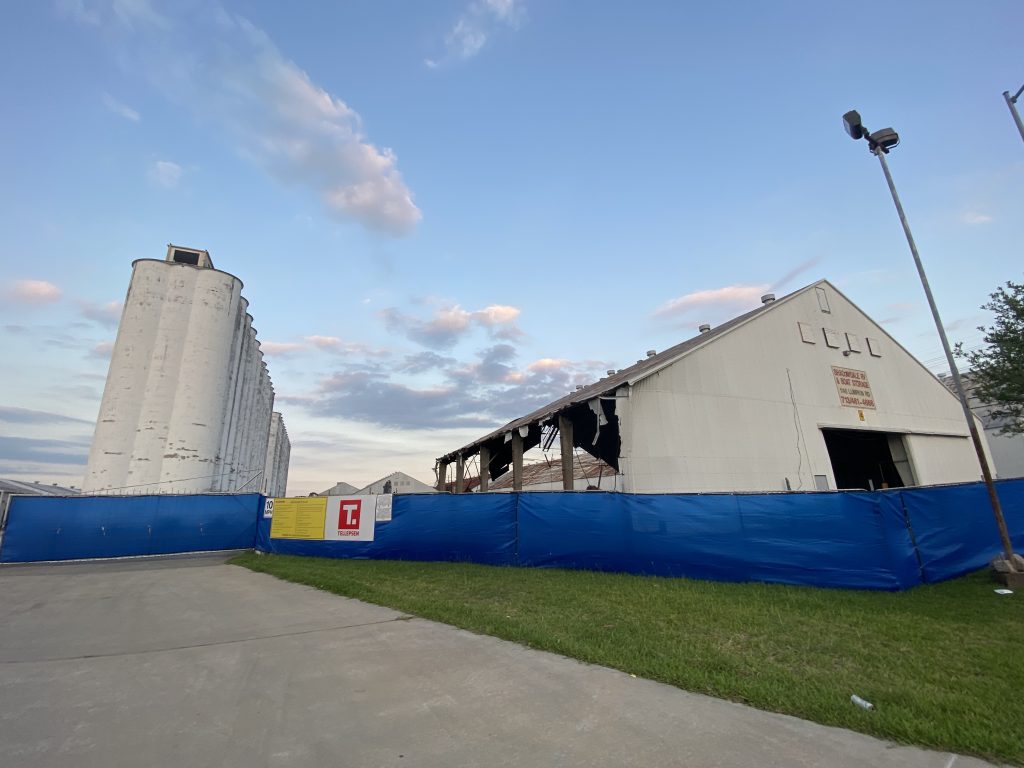 This is a list of the buildings which received a City of Houston demolition permit the week before this post.