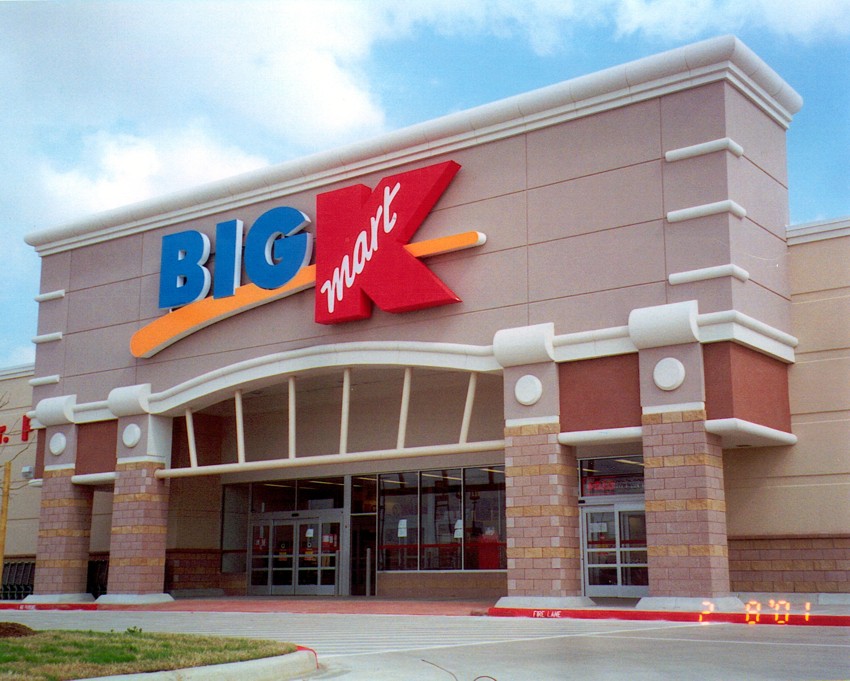 I found this image while researching other properties. I figured it would be worth identifying for the sake of prosperity.

This photo is of The Big Kmart at 333 S Mason Rd Katy, TX 77450. It was located where Mason meets I-10. This location is now a Fiesta. The entire building is dedicated to Fiesta, with the exception of the Garden Center which is now a gym. The Fiesta opened in April of 2008. 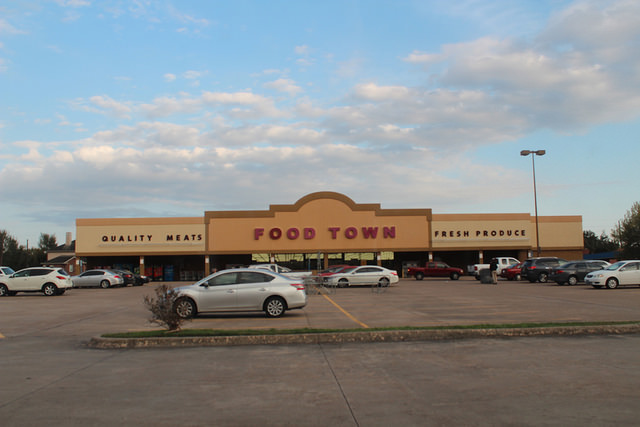 First, I’d like to welcome you to a new feature of Houston Historic Retail, blog posts. I’m still experimenting with content styles, and want to explore this avenue. I may or may not stick with it, but for sure the content will remain. So with the possibility of this not sticking around for long, lets start by talking about a store that did not stick around for long, Food Lion.

Food Lion as mentioned elsewhere on the website Food Lion was a grocery retailer out of North Carolina, founded in 1957 they made their entry into the Houston market in 1992, with a plan to eventually open 40 stores. However due to the infamous Primetime Live Scandal Food Lion took a major hit in business. They managed to make it up to 13 stores in the Houston area, but decided to close the branch to help preserve the chain with the stores closing in 1994.

The location we’re looking at today is at the corner of Jones and West Roads in North West Houston. This location has a bit of a strange history, the plot that Food Town built on was originally owned by Safeway but was never developed. It was sold to Food Lion who finally built on it. It’s unclear if it was sold directly by Safeway or through Apple Tree, however as Safeway continued to own properties in the Houston area such as the Dairy Plant before selling it to HEB it’s possible that they held onto the property. The outside of the building still resembles a Food Lion for the most part. It has the basic rectangular shape, with little to no building adornments. The Mission Style Arch and new paint was added by Food Town.

Food Lion uses a very specific and easily identifiable entrance style. They have a single centered door which leads into the store, and a enclosed breezeway with doors on either side making a T shaped pathway from the doors. Food Lion for the most part kept the exact same entrance. The only difference I could find, was that the interior door was removed. The hardware was still bolted onto the door frame, but the doors themselves had been taken off. Based on the age of the radar motion detectors I would wager a guess that the doors broke, and were removed rather than replaced.

Inside of the store, not much has seemingly changed. I don’t ever remember going into Food Lion when they operated in Houston so my knowledge of what has changed is based on pictures of the other Houston locations, and pictures of older Food Lion locations. I’m not sure how the store layout has changed, if at all, but there is a dedicated entrance and exit, one of the stranger things I did notice is the lack of a meat department. They do some butchering at the store, and the meat is solder out of a cooler in the front near the produce. I believe that Food Lion had an “exposed” meat department based on video I’ve seen from the Prime Time Live special. I’m not sure if Food Town closed up the meat department, or if Food Lion did it in response to the controversy.

This was likely the former bakery in the Food Lion. The tiles had non-slip grips, and there were wash down drains in the center. The area is now being used to sell soda and beer, as Food Town doesn’t use on-site bakeries.  This area still had an exposed cloest, and electrical panels left over from the bakery. To the left of this was the manager’s “cage” it was slightly lifted up to provide a better vantage point. I’m not sure if that was added by Food Town, but it seems likely it was as all of their stores utilize the raised manager’s office.

All in all this grocery store provides a good service to the community. It’s cheap on produce and meat and allows for a no frills shopping experience, much like Food Lion. Hopefully it will stick around and the amount of traffic they received on a Sunday afternoon when I took these pictures supports that. However all other corners of this intersection have major stores, HEB, Kroger, and Aldi. So it’s a bit of a waiting game to see if Food Town can stick around.

The Full Album of Photos I took can be found here