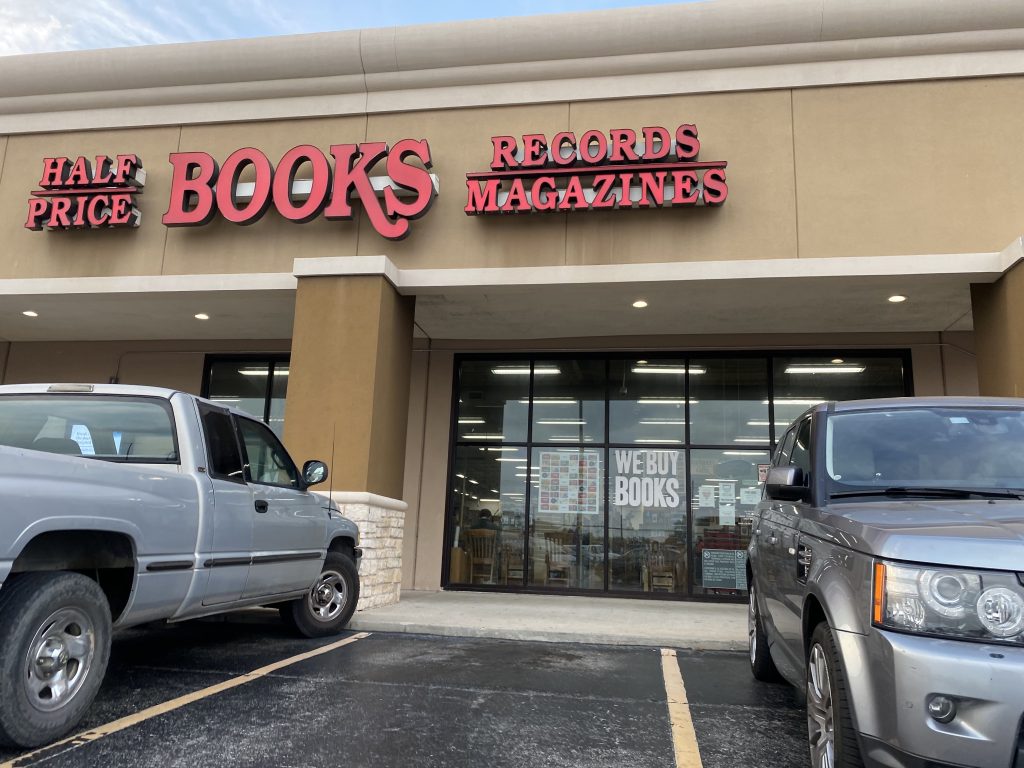 Houston’s oldest operating Half Price Books location will soon likely be on the move to the Westchase Shopping Center. According to the Houston Chronicle, HPB leased space at 10915 Westheimer Rd, Houston, TX 77042. This portion of the shopping center was originally part of the mall space, between Target and Weingarten. The space to be developed into the bookstore has most recently been Spirit Halloween and Mattress One. Prior to this, it was a Shoe Carnival, originally serving as a Walgreens in the mall days, and for a few years after. Attempts by Houston Historic Retail to confirm the move, ended with the answer “it’s a possibility” from the store Kirkwood store staff. The current location is 11960 Westheimer Rd, Houston, TX 77077 which is just about a mile and a half from the leased space. This move comes only months after HPB left Houston’s other former Weingarten mall, in an unrelated matter. According to the site plan for the current store, this move will cost the bookstore just over 2,000 Square Feet of space.